GOSSIPONTHIS.COM Music Bruno Mars Sings the Panties Off the Crowd With “Versace on the... 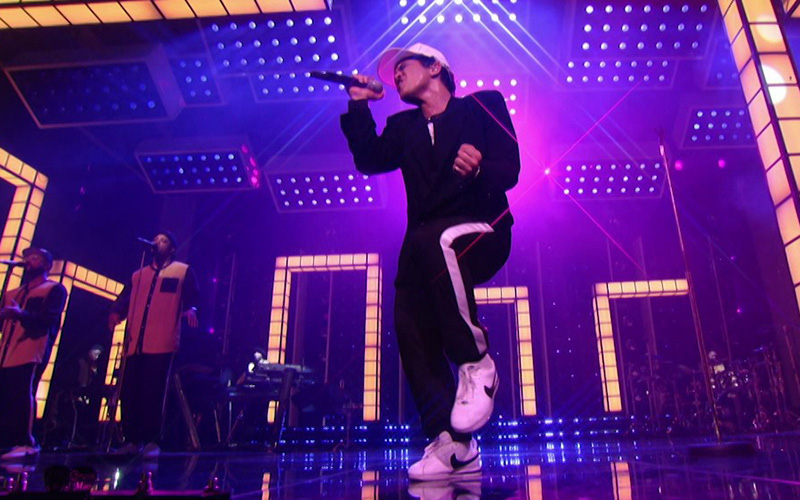 The half-Puerto Rican, half-Filipino, lil’ dude ruling R&B and pop is not a very tall man. In fact, he’s merely 5’5″. There are middle schoolers who tower over him.

But Bruno grows larger than life when he hits the stage and I’ll be damned if the man isn’t Andre the Giant-sized when he gets on that stage and starts belting about getting his dream woman to “dance till we’re naked.”

After conquering the world with “24K Magic” and “That’s What I Like,” Bruno’s throwback to ’80s R&B continues with “Versace on the Floor” which is a New Edition/Bobby Brown-style throwback to ballads that made you want to bump ‘n’ grind. In fact, speaking of “Bump ‘n’ Grind,” this is the R&B that predated R. Kelly and wildly influenced him.

Although Bruno’s performance was technically phoned in and not live (he recorded it while he was on tour), a Bruno Mars performance is always a welcome treat nonetheless.

Watch Bruno Mars razzle and dazzle the crowd with his Billboard Music Awards performance below.