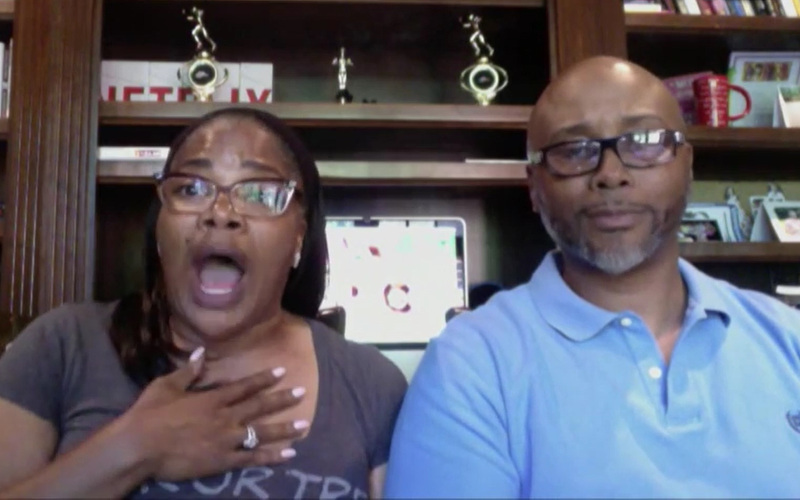 Mo’Nique is defending her comments during a recent comedy routine in which she tells Lee Daniels, Oprah and Tyler Perry to “suck my d*ck.”

The comedian made the comment while doing standup at the Apollo Theatre Saturday (May 13) because she believes the powerful Hollywood trio conspired to have her blackballed from Hollywood.

Despite the backlash from dissing Queen Oprah, Mo’Nique tells TMZ she has no regrets about her rant because she was speaking her truth.

Of course, Mo’Nique’s husband, Sidney Hicks, also sat down for the brief TMZ interview. He reveals that while Oprah and Perry may not have intentionally blackballed his wife, the two were complicit in the Daniels’ attempt to smear Mo’Nique’s reputation.

“Lee Daniels was a part of it, but Tyler Perry, Oprah Winfrey — if you remember — were a part of the production of the movie. They stood by and they allowed the statements of her difficulty.”

Mind you, Oprah and Perry have not been the target of Mo’Nique’s wrath since her feud with Daniels became gossip fodder two years ago. But it’s clear she and Hicks have been stewing in this bitterness for so long they are now willing to drag Oprah and Perry into this mess.

Hicks also debunked Daniels’ claim that Mo’Nique was difficult to work with during the filming of Precious. He says the two would often eat crab legs and watch playback of the movie after filming ended for the day. “That doesn’t sound like you’re having a difficult time with someone,” he said.

This Hollywood feud is clearly not going away anytime soon. As hilarious and talented as Mo’Nique is, she’s going to continue pushing the “I was blackballed by Lee Daniels and Oprah” narrative until she lands another major project.