GOSSIPONTHIS.COM Pop Culture “I F**ked Up”: Dave Chappelle Apologizes for Suggesting We Give Donald Trump... 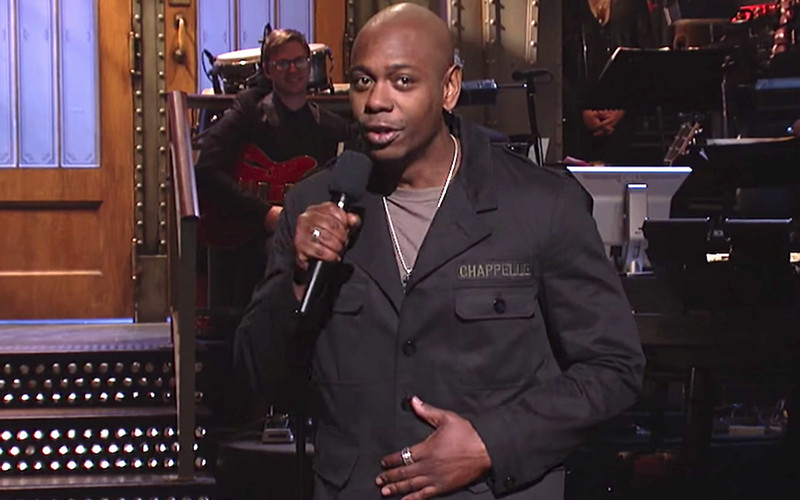 Remember that time Dave Chappelle said he was going to give Donald Trump a chance? Well, he tried!

While performing a routine at a benefit dinner for the Robin Hood non-profit on Monday (May 15) in New York, the comedian apologized for asking the country and, more specifically, black people, to attempt to stand behind the President of the United States even it though it was Trump.

“I was the first guy on TV to say ‘Give Trump a chance.’ I fucked up. Sorry.”

MSNBC anchor Willie Geist was in attendance and tweeted about the comment.

Dave Chappelle tonight in NY on his November SNL monologue: "I was the first guy on TV to say 'Give Trump a chance.' I f***ed up. Sorry."

Chappelle made the comment during his set at the @RobinHoodNYC benefit tonight.

Chappelle received much praise back in November when he hosted the first SNL episode following the 2016 election. Though most of the country was grappling with the fact an incompetent buffoon had just become the president-elect, Chappelle struck a more optimistic tone during his opening monologue.

“I’m wishing Donald Trump luck, and I’m gonna give him a chance. And we, the historically disenfranchised, demand that he give us one, too.”

Chappelle later made it known that he was not a Trump supporter nor did he vote for 45 (he, in fact, casted a vote for Hillary Clinton). He explained he was simply trying give the country a piece of optimism that he felt when Barack Obama was elected on 2008.

While I was never, ever, not once aboard the “give Trump a chance” boat, I’m guessing the current administration’s constant state of WTF propelled the comedian to escape the “Sunken Place” and backtrack on his original comments.