GOSSIPONTHIS.COM News Tatyanna Lewis: Teen Killed After Being Run Over & Rammed Into Tree... 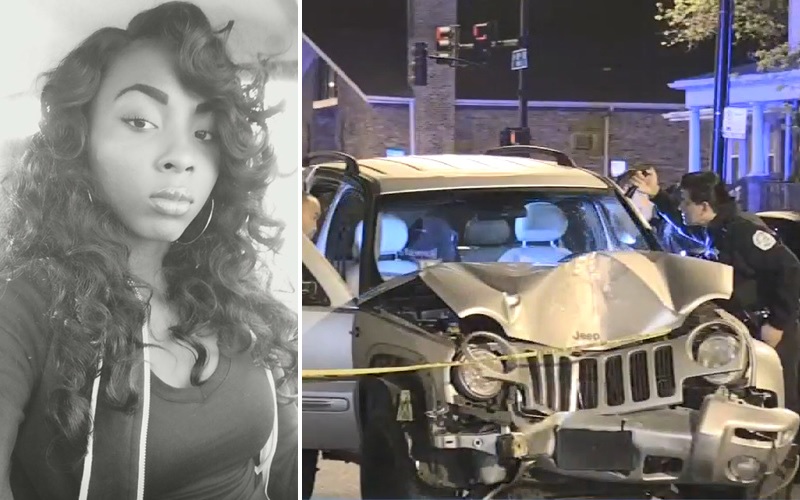 An 18-year-old woman is dead after being repeatedly run over and rammed into a tree by her boyfriend’s baby mama.

Tatyanna Lewis, 18, was killed by a 24-year-old woman Friday night (May 12) in Chicago just after 11 p.m. The attacker — whose name has not been released — rammed Lewis into a tree several times with her Jeep Liberty. Lewis died on the scene.

“The girl just came on the curb and just ran over her two times like she wasn’t nobody to her,” said Jennifer Baggett, a neighbor who witnessed the incident.

The 24-year-old fled the scene, but struck another vehicle about a mile away and was taken into custody. Charges are currently pending.

Police found tree bark lodged into her SUV’s bumper. It’s also being reported a child was in the SUV’s backseat.

Though her identity has not been revealed, Lewis’ attacker went by the name “Molly Quavo” on Facebook. However, her account has been deleted since Friday’s incident. Media reports are describing the two women as “romantic rivals.” Witnesses say Lewis was leaving a friend’s house when she and her attacker began arguing. Lewis was apparently in a relationship with the older woman’s former lover and the father of her child, Tyshaun Page. Mere hours before being ran over, Lewis eerily wrote “His bm say she pulling up, I’m on the block right now. Please don’t send me off.” The two women argued over Page and traded barbs on Facebook days leading up to the fatal incident. Lewis’ boyfriend and her attacker’s baby daddy, Tyshaun Page, is understandably distraught and expressed his grief on Facebook. “My f*ckin princess, she’s gone,” he wrote in a post. “Y’all don’t feel my f*ckin pain.” Police are still investigating Lewis’ murder and more details are sure to emerge. “Now, two lives are gone. And he’s gonna be with the next woman,” said Shawanna Strong, who lives in the neighborhood and bluntly reflects on this tragic story.