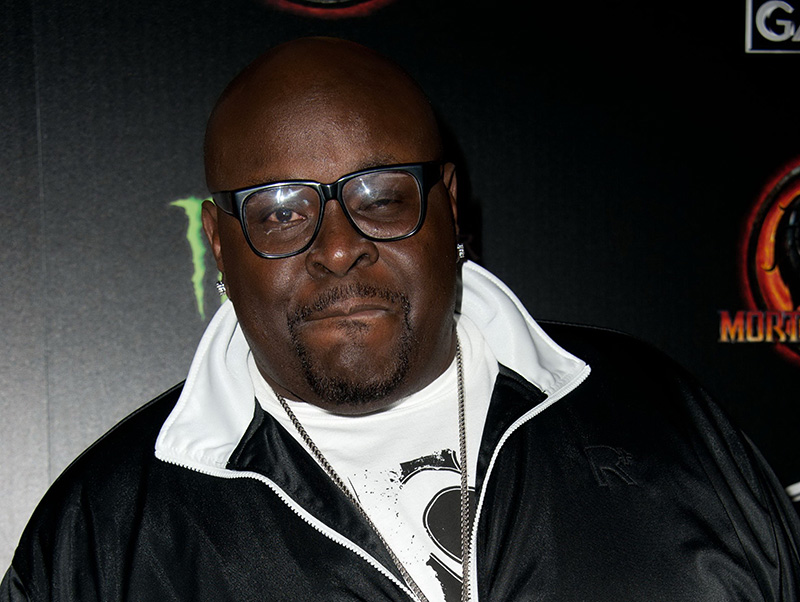 Actor/comedian/entrepreneur Christopher “Big Black” Boykin, best known for being one half of the titular duo on the hit MTV series Rob & Big, has died at the age of 45.

Boykin’s rep told TMZ he passed away Tuesday morning (May 9), though an official cause of death has not been announced. Christopher “Big Black” Boykin was not only Rob Dyrdek’s bodyguard, but also his best friend. In addition to being BFFs, Boykin co-starred alongside Dyrdek on not just one, but two popular MTV series — Rob & Big and Rob Dyrdek’s Fantasy Factory.

Rob & Big aired on MTV between 2006 and 2008, which is when Big Black left the show to attend to family matters. He came back a few years later in 2011 to join Rob on Fantasy Factory, and also appeared on a few episodes of Ridiculousness.

On both Rob & Big and Fantasy Factory, the duo would regularly get into outrageous adventures and shenanigans, such as breaking Guinness world records, exorcising their house, installing an ATM and more. They also filmed a music video as Blobby Light & The Chunky Boys (Feat. Man Dump & Lil Pig) called “Chunky As Charged.”

Rob Dyrdek and Big Black had a falling out, but recently patched things up.

Rob Dyrdek were good friends, but at one point, they stopped speaking to each other after their relationship became strained while shooting their show. Big Black talked about their falling out in an interview back in 2010, and Rob did the same in a 2014 interview.

“It was a strange period, because both me and him… I had been a pro skateboarder for years, so transitioning into the mainstream was relatively smooth where for him it was the idea that he was working security two years earlier and how he’s on television,” Dyrdek told Graham Bensinger. “I didn’t want to be known as Rob from Rob & Big and he didn’t want to be known as the sidekick. So that created a lot of tension between me and him.”

But like any good BFF duo, the two eventually put their differences aside and reunited on Rob Dyrdek’s Fantasy Factory in 2015. Christopher Boykin created his “Big Black (Do Work)” clothing line in 2007, but after experiencing start-up problems, he relaunched with a group of new partners in 2012.

Due to the exposure it received on the final season of Rob & Big, the brand saw plenty of success, as Boykin would often be seen rocking either a Big Black hat or t-shirt.

Because he was plus-sized himself, Big Black’s t-shirts specialized in larger sizes and he carried shirts that were available up to 6x for both men and women. You can find Big Black merchandise on the Celebrity Clothing Line website.

Christopher Boykin was a veteran of the U.S. Navy.

Before becoming famous on MTV as Rob Dyrdek’s partner-in-crime, Boykin served in the U.S. Navy. He posted a throwback photo on Instagram in November 2016 to commemorate veteran’s day.

Among the many memorable moments from Rob & Big, Rob and Big Black would regularly attempt to break and/or set Guinness World Records. In total, Dyrdek set nearly two dozen world records, including most heelflips in under one minute, most consecutive ollies, most switch frontside kickflips in one minute and longest stationary manual.

Boykin broke two world records, one for peeling and eating the most bananas in one minute (three) and the other for consuming the most powdered donuts in less than three minutes (five donuts in two minutes and 45 seconds).

He is survived by his wife Shannon and their 9-year-old daughter.

Boykin and his longtime girlfriend Shannon got married in 2008 in a private ceremony that was reportedly attended by a number of celebrities and industry figures. The couple welcomed a daughter named Isis Rea Boykin later that year.