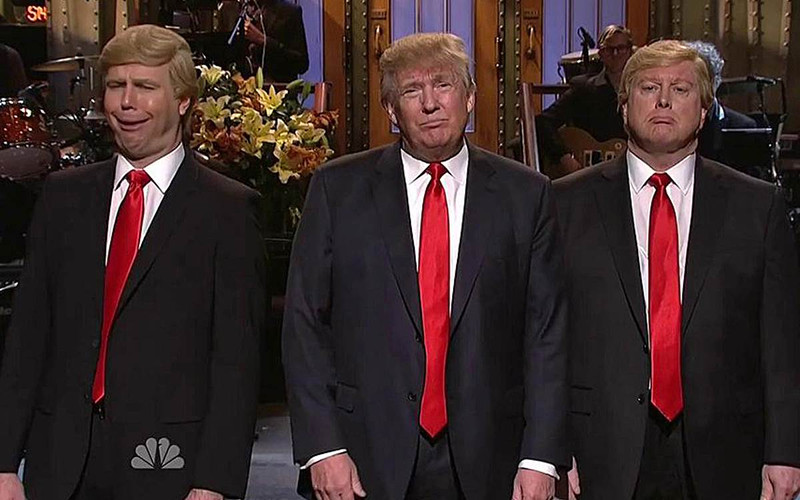 Throughout the 2016 general election and his presidency, Saturday Night Live has not held back any comedic punches when it comes to Donald Trump. It’s clear that SNL is not a supporter, but shockingly, it seems they have asked Trump to appear on the sketch comedy show this year!

Alec Baldwin appeared on The Ellen DeGeneres Show Wednesday (May. 3) and revealed that SNL invited 45 to make a guest appearance during a February broadcast, which Baldwin hosted.

Baldwin has hilariously portrayed Trump on the show since the current season’s October premiere. Though he’s gotten rave reviews from critics and audiences, Trump has not been a fan, often attacking Baldwin and SNL on Twitter.

Despite his fearmongering, bigoted, misogynistic behavior, and attacks of the program, SNL thought it would be OK to invite Trump to the show (again). Trump hosted the show as a presidential candidate in 2015, a move that also garnered heavy criticism.

Much discussion has been had regarding “normalizing” his behavior. Though 45 may have only been in the Oval Office for three weeks during Baldwin’s hosting stint, SNL has spent the past year or more fiercely calling Trump out. Inviting him to the show even to make a 30-second cameo would make SNL complicit in normalizing a problematic (and possibly illegitimate) president.

“SNL” has a history of inviting ridiculed politicians on for a sort of redemption moment (most famously with Sarah Palin)… it’s hard to imagine that any new Trump appearance on “SNL” wouldn’t be framed as a “he’s such a good sport” moment.

Trump’s run for president was treated as a joke from the moment he announced his candidacy in 2015; It has since become a reality. Humor and laughter are extremely important as we try to survive an incompetent administration and the administration will probably continue to offer comedians great material. However, we must not forget the seriousness of the matter or give 45 a pass simply because he’s entertaining or can bring in good ratings.

SNL has kept a good balance, for the most part. Let’s hope the show doesn’t become part of the problem and end up normalizing the worst president the United States has ever had.