GOSSIPONTHIS.COM Celebs Rasheeda Opens Up About Her Estranged Marriage With Kirk Frost on “The... 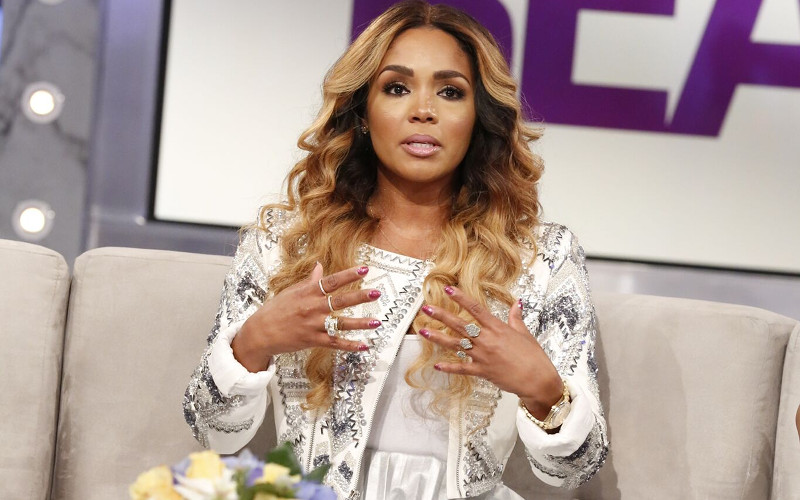 Since it was revealed that Kirk Frost may have fathered a child outside of his marriage in the first few episodes of season six of Love & Hip-Hop Atlanta, audiences haven’t received much of an update on the situation. However, Rasheeda was a recent guest on The Real and discussed the status of her marriage.

Rasheeda stopped by to chat with the ladies of The Real on Friday (Apr. 28), and the hosts were curious to know how she’s dealing with the situation.

“It’s difficult. Things happen and you’re not like ‘okay, I’m done with you; It’s over!’ We have a lot of history, we have children, we have businesses – I grew up with this man. Unfortunate things happen in a relationship and marriage is work; It’s a lot of work. The ups, the downs, the goods, the bad, it’s a lot of work.

But at the end of the day, you’ve put me in this situation… and as much as I want to strangle you and choke yo ass…. I love you, though. It doesn’t just turn off like that. But you have put me in a place where I have to draw the line.”

Though she was candid, it’s rather interesting that Rasheeda never actually mentioned the state of her marriage or say whether she would divorce or stay with her husband, given his betrayal. The gist of her statement was basically “marriage is hard,” something most married couples would already agree on.

Rasheeda also told the ladies how she would react if a paternity proves that her husband is, in fact, the father of Jasmine Washington’s baby.

“Well, I damn sure ain’t paying no woman… Or having no parts of no damn child support – you better believe that.”

Kirk and Rasheeda’s relationship has not been front and center in recent episodes of LHHATL. We last saw Rasheeda briefly discussing the situation with friends without going into much detail, understandably in an attempt to keep her private life from hitting the streets.

In earlier episodes, Rasheeda took off her wedding ring and kicked Kirk out of the house while Kirk continued to win back her trust.

However, recent reports suggest that couple’s 18-year-marriage was seriously rocked by Kirk’s philandering. Sources say it all become too much for Rasheeda to handle and she’s contemplating divorce. “The marriage is over,” the source said after the couple reportedly had a heart-to-heart conversation (and argument) while filming in Jamaica.

Kirk has yet to take a paternity test. While 28-year-old Washington maintains he is the father, her ex-boyfriend and even Yung Joc could also potentially be her baby daddy.

Rasheeda also discussed her battle with postpartum depression, which Kirk suggested was one of the reasons he cheated on her. Watch the full interview above!