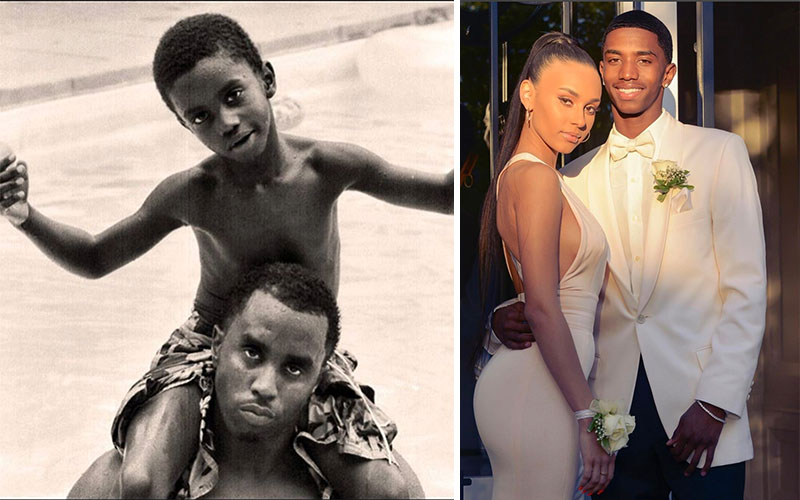 Time flies when you’re young, rich and ridiculously famous. Christian Combs, Diddy’s 2nd-born son, has long been the spitting image of his father. But for so long, so many of us have thought of Lil’ Christian as that small kid who trailed behind his blinged out mogul dad.

But Christian seems to have absorbed much of the swag that Papa Puff has been doling out for years. He also seems to have picked up his father’s penchant for light-skinned beauties.

Christian posted a flick of him and his prom date shortly after he celebrated his birthday. In the picture, he’s wearing a tux with a white jacket, white shirt and white bow tie. I hope it’s Sean John, at least.

He doesn’t mention his date by name, but rest assured that Christian’s 700,000-plus followers are likely making voodoo dolls with her face on it. So she might wanna hire security to follow her around after this prom date.

Not gonna lie, she’s fine, but doesn’t she look like an upgraded Kiely from 3LW?

Anyway, I hope Christian behaved himself on prom night. Then again, if he’s anything like his father (who has three baby mamas and counting), he likely trashed the hotel room, got pissy drunk on Ciroc and knocked this young lady up.