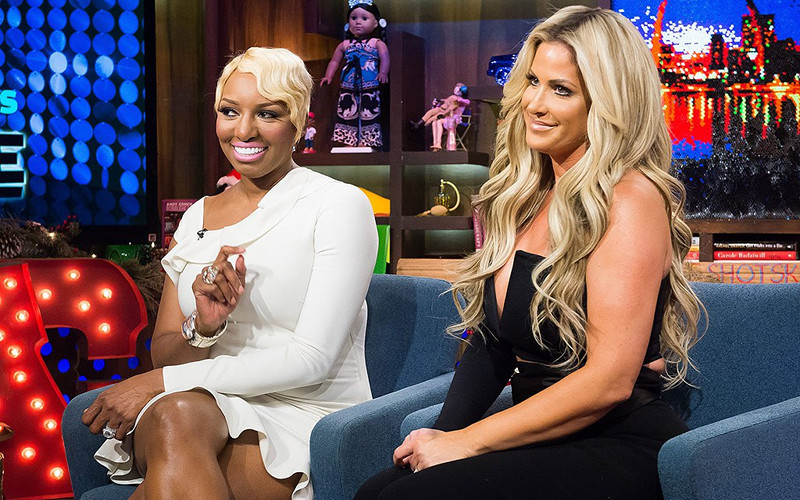 Though the drama has certainly gotten very juicy on the current season of The Real Housewives of Atlanta, season 10 may be the best one yet. It’s looking like a real possibility that NeNe Leakes and Kim Zolciak will return to show in the fall.

Sources tell TMZ the original housewives are both in “deep negotiations” with Bravo. They’re interested in, once again, holding a peach but only if the timing (and price) is right.

[W]e’re told the network wants them as full-fledged cast members.

We’re told both women are receptive, but there’s a problem. Kim’s got her own show on Bravo that just started filming … and NeNe’s shooting her own stuff.

We’re told Bravo’s willing to bend if necessary and hire them as part-time cast members, although that’s not ideal.

We know both want a lot of money, and we don’t know if the 2 sides are far apart.

Kim left RHOA in season 5 and has starred in her own Bravo show for the past five years, which is also currently filming. Nene passed her peach in season 7, but returned as a guest in season 8.

NeNe has obviously gone on to remain relevant outside of the Bravo world. She makes regular TV appearances, including being a regular on E!’s Fashion Police, went on a stand-up comedy tour, and is still actively pursuing an acting career.

NeNe Leakes also comes with a big price tag. She reportedly demanded a $1 million contract to star in season 6 of RHOA. You can only imagine the negotiations of coming back for the milestone 10th season.

TMZ also reports that some of the current cast members, understandably, are not too keen on the idea of the two OGs coming back. Should Porsha be worried her peach might get snatched again?

This is the second time this rumor has gained traction in recent months. However, the rumor seems to be turning into reality. I am forever “Team Nene” and though Kim was never my favorite, I’m all for both of them returning next season, if only for guest appearances.