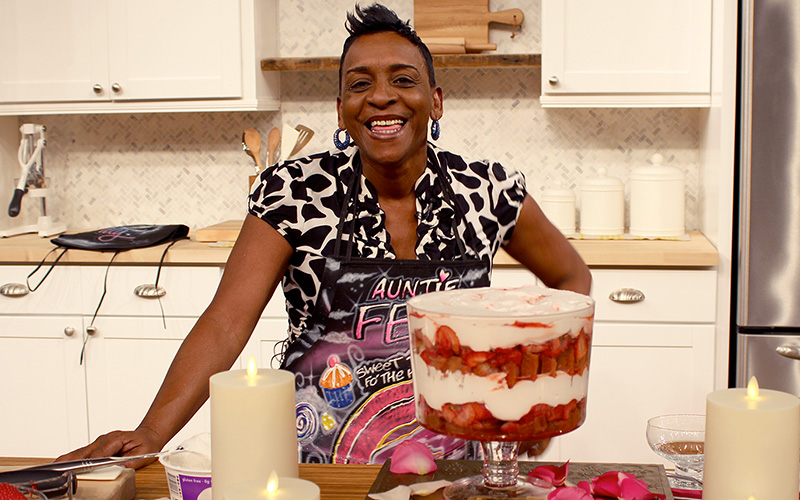 UPDATE #2: Auntie Fee Has Died After Being Taken Off Life Support

UPDATE #1: According to a post on Auntie Fee’s personal Facebook page, she has not died, and TMZ’s original article has since been removed. According to TMZ, Auntie Fee had been feeling sick all weekend, and after experiencing chest pains and vomiting at her home in Los Angeles Tuesday (Mar. 14), she was rushed to the hospital, where she suffered a fatal heart attack.

Auntie Fee (real name: Felicia O’Dell) went viral in 2014 after sharing her recipes for “good ass chicken” and “sweet treats for the kids” on YouTube. She was known and revered for her hilarious cooking methods and expletive-filled instructional videos.

“If you don’t have no crescent rolls, you can use any cheap ass donuts or whatever, it don’t matter,” she says in the sweet treats video. “This is butter, sugar and cinnamon. Put a lot of sugar in it so it’ll taste real good for the kids and sh*t.”

One of her most popular videos, which teaches you how to make a meal for seven people with just $3.35 in less than five minutes, has been viewed over 2 million times.

The video shows her using a couple of packs of ramen noodles, some leftover chopped up steak from “some tacos” she had sold the week prior, and a little dry parsley to “give it some color like you got seasoning in it, which you really do.”

After achieving internet fame, Auntie Fee appeared on a number of talk shows, including Jimmy Kimmel Live! and Steve Harvey. Her most recent TV appearance was on an episode of MTV’s World Star TV, which aired March 10. She also appeared in the 2016 movie Barbershop 3.