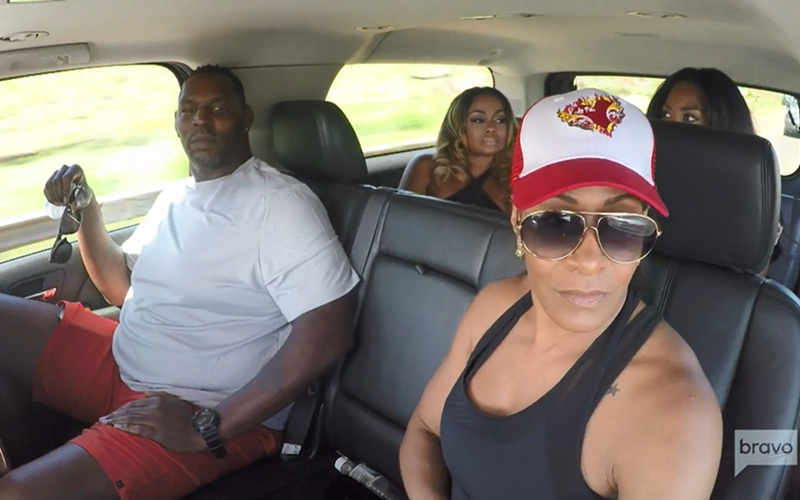 The drama has definitely turned up on The Real Housewives of Atlanta, but things are about to get extra real. A promo clip of the show’s upcoming episode has Sheree Whitfield getting emotional while discussing the physical abuse in her marriage.

Sheeree and ex-husband Bob Whitfield have been rekindling their relationship in season 9 by hanging out as friends and even going on a few dates. The latest episode saw the two going on a “couples trip” to Maui, planned by Kandi Burruss and her husband Todd Tucker.

However, the ex’s rekindled romance may burn out on the next episode. In the clip, Bob asks Sheree if he ever put his hands on her because he “might have forgotten.” When Sheree admitted that he choked her before, Bob makes the cruel comment of “Maybe I didn’t choke you hard enough.” The inconsiderate and disgusting response brings Sheree to tears.

Phaedra Parks and Kenya Moore were along for the ride to hear the troubling conversation. Though Kenya and Sheree are RHOA foes and Sheree has even blamed Kenya for her boyfriend Matt Jordan’s violent behavior, it was Kenya who comforted Sheree.

I personally have not seen it for Bob since he refused to pay child support and stuck his tongue out at Sheree at court, however, I was giving him a second since Sheree was. But now, his true colors are showing once again.

(The fact that I can never tell which way he’s looking doesn’t help matters either, but I’m going to stop being petty.)

Bob is disgusting on every level #rhoa

Wtf?? Bob joking about choking Sheree? How about somebody non-jokingly knock his damn eyes straight!?! How bout dat #RHOA

The Real Housewives of Atlanta airs on Sundays on Bravo at 8 pm.