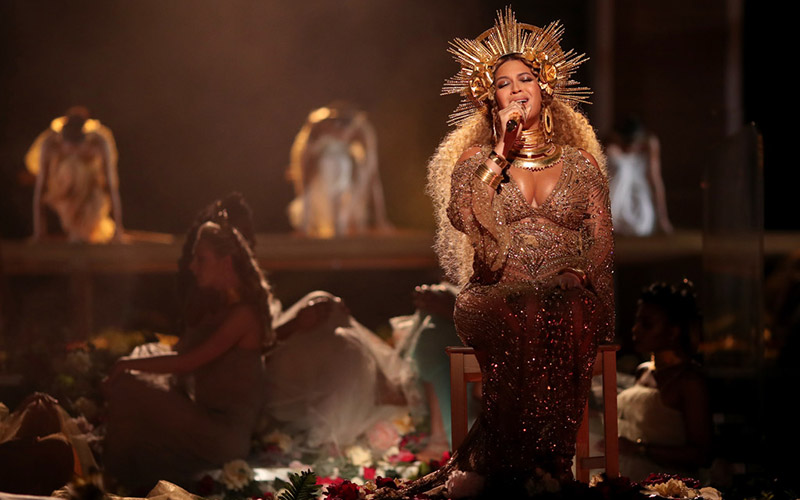 Ever since Beyoncé announced her pregnancy with twins earlier this month, fans have wondered whether or not she would perform at this year’s Coachella Festival as planned, and now, the burning question of “will she or won’t she?” has been officially answered.

Per doctor’s orders, Beyoncé WILL NOT be performing at Coachella 2017.

In a statement released to the press Thursday afternoon (Feb. 23), Beyoncé’s Parkwood Entertainment and festival producer Goldenvoice said the singer had to pull out of the festival “following the advice of her doctors.” The statement added that she will instead headline at the 2018 festival.

“Following the advice of her doctors to keep a less rigorous schedule in the coming months, Beyonce has made the decision to forgo performing at the 2017 Coachella Valley Music & Arts Festival,” the statement read. “However, Goldenvoice and Parkwood are pleased to confirm that she will be a headliner at the 2018 festival. Thank you for your understanding.”

Beyoncé, who is rumored to be around 4 or 5 months pregnant performed at the Grammys last Sunday (Feb. 12), but was seated during most of it, and even though she sounded (and looked) flawless, you could hear how hard it was for her to breathe with two babies sitting on her lungs.

By the time Coachella rolls around in April, she would be at least 5 or 6 months pregnant, and obviously doctors don’t think it would be a good idea to even try to do a 1-2 hour show, even if she’s sitting down the entire time (which, honestly, would not be a Beyoncé concert).

Festival organizers haven’t announced a performer to replace Beyoncé, however, Radiohead and Kendrick Lamar are still set to headline their nights as planned. Radiohead will perform on April 14th and 21st, while Kendrick’s performances are scheduled for April 16th and 23rd. Beyoncé was supposed to perform on April 15th and 22nd.

Other performers at this year’s Coachella include Future, Gucci Mane, DJ Khaled, Lorde, Bon Iver and others.