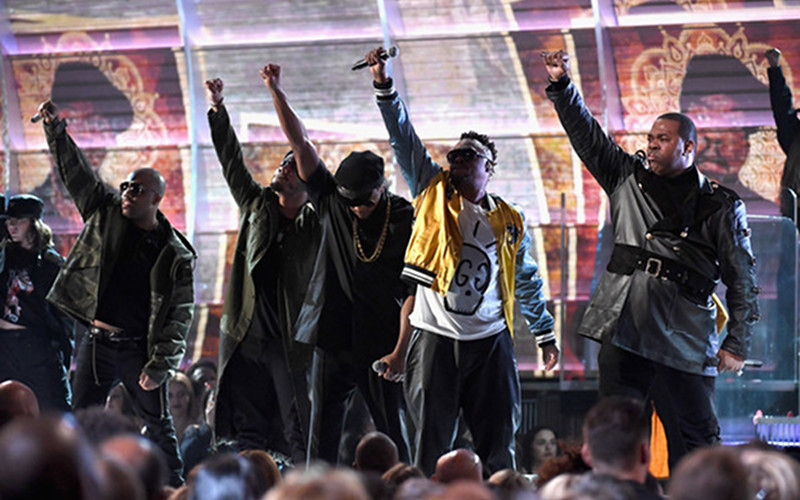 It’s almost become expected that politics and/or social issues will be briefly addressed at any awards show, especially during the troublesome times of “Trump’s America.” The 2017 Grammys were no different. However, it was A Tribe Called Quest that made the most defiant and powerful political statement of the night.

The legendary hip-hop group performed a trio of their latest hits, “Award Tour,” “Movin Backwards” and “We the People.” They were joined onstage by Anderson .Paak, Consequence, and Busta Rhymes – who gave a shout out to “President Agent Orange.” Yep, Busta took it there.

ATCQ literally knocked down a wall as they began “We the People.” A diverse group of people — including Hispanics and Muslim women wearing hijabs — increasingly filled the stage as the performance progressed.

The group paid tribute to original member, the late Phife Dawg, by raising a fist as his verse played. Q-Tip then ended the politically-charged performance by repeatedly saying “resist,” presumably meaning to pushback against Donald Trump’s controversial agenda.

It’s definitely safe to say that A Tribe Called Quest does not like President Trump.