GOSSIPONTHIS.COM Music Watch The Weekend Dazzle With Daft Punk at the 2017 Grammys 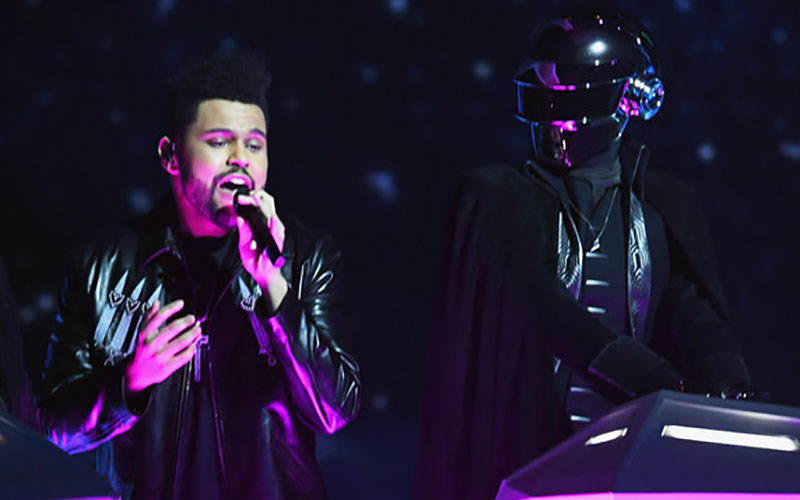 It’s been said that The Weeknd’s most recent turn toward more straight-forward pop music more than borrows a little bit from Michael Jackson. So in a nod that confirms Abel is borrowing from the late King of Pop, his set at the Grammys was introduced by Michael’s daughter, Paris Jackson.

But The Weeknd didn’t hit the Grammys stage by himself. He was joined by the French phenoms behind two of his biggest records from his new album: Daft Punk. Stepping out onstage like a pair of bad-ass Darth Vaders in training, the faceless French men strutted out to the instrumental of their first collaboration with Abel, “Starboy.”

Then, as Abel stepped onstage himself, they transitioned into the easy-breezy “I Feel It Coming,” which has shades of Michael Jackson’s “Human Nature.”

Check out their performance at the Grammys below: