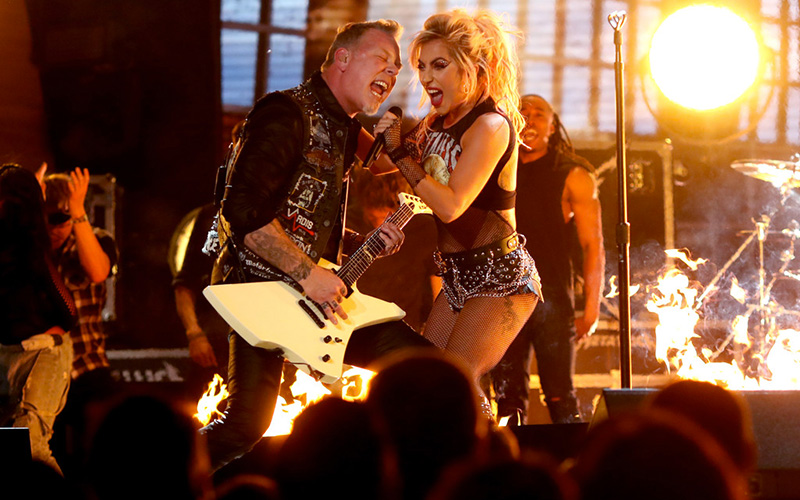 Keeping with tradition of creating memorable “Grammy moments” by pairing artists for a joint performance, Lady Gaga joined Metallica for an electrifying performance of their song “Moth into Flame.” Unfortunately, things got off on the wrong foot before the artists even hit the stage.

Laverne Cox introduced the number, but while acknowledging Gaga, she accidently never explicitly introduced Metallica, only referring to them as “eight-time Grammy Award winners.”

The rock group began to perform, but uh-oh, frontman James Hetfield’s microphone is not working! His first few lines were completely inaudible and he was forced to share Gaga’s mic until the audio issue was resolved.

Midway through the number, Gaga jumped into a mosh pit in hopes of crowd surfing, but never actually went anywhere. She kicked and flailed in one spot until the audience tossed her back where she originally leaped off the stage.

Despite these glaring mistakes, pros Metallica and Gaga persevered and actually gave a pretty solid performance.

Gaga’s vocals were spot-on, which again shows her versatility. From last year’s show-stopping David Bowie tribute, the Super Bowl Halftime Show, singing with Tony Bennett, and her recent country-infused Joanne album, Gaga proved this Grammy night that she is a true rock star.