GOSSIPONTHIS.COM Music Watch Bruno Mars Break Down What He Likes at the 2017 Grammys 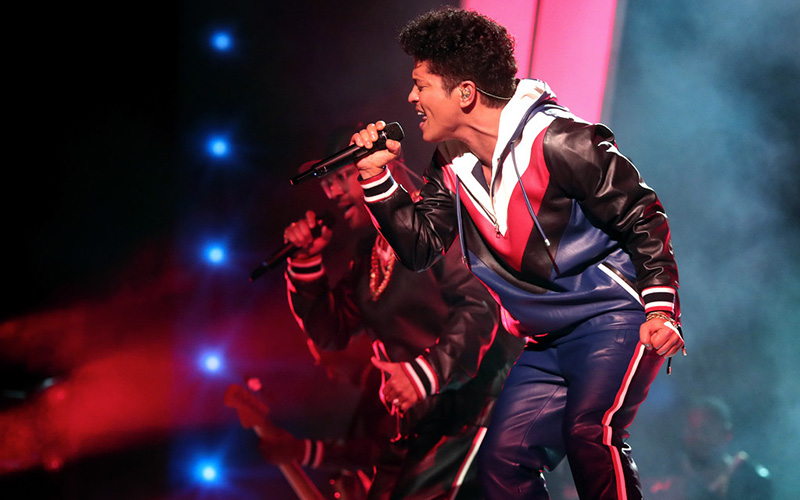 If you have a soft spot for late ’80s or early ’90s R&B, then you’ll love what Bruno Mars is serving. His first single, “24K Magic,” was a hearty, braggadocious pimp anthem that celebrated style, swagger and wealth. Bruno’s latest single, “That’s What I Like It,” feels like something straight from a New Edition studio session.

Though Bruno does, at times, appear to strain a bit vocally, overall, Bruno delivers another solid R&B performance as he dances and sings like someone who cares about the genre. Unlike many of his contemporaries, Bruno isn’t afraid to sing and dance like he’s an R&B or pop star. Others in his category, like Trey Songz, have decided that behaving like a rapper and wandering the stage while grabbing your genitals is the way to go.

Dear Bruno, please keep giving us that classic good shit. R&B/Pop desperately need male stars who appreciate and want to be in the genre rather than mimic whatever rappers are doing.

Check out Bruno’s smooth performance at the 2017 Grammys below.