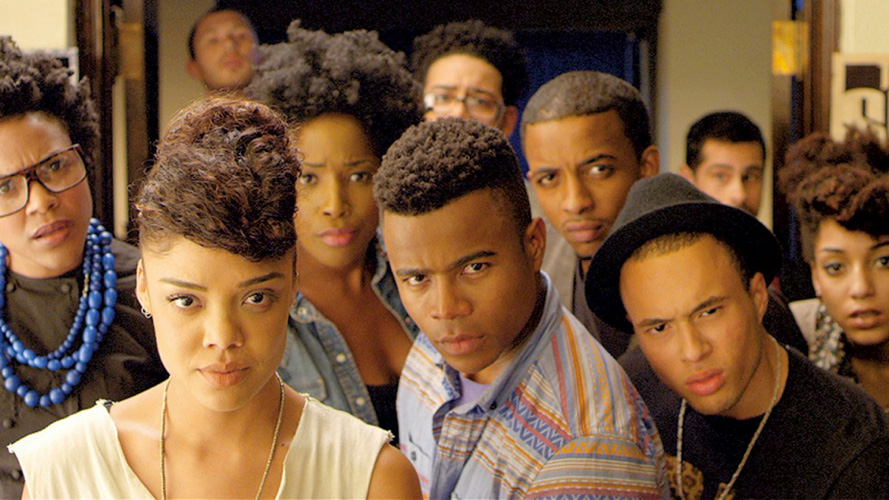 Surprise, in Trump’s America some white people are getting butthurt over Netflix’s new series Dear White People. The show, based off of the movie of the same name, is the latest original series to come to the streaming service, and apparently, a lot of (white) people aren’t too happy about it.

Today, #BoycottNetflix started trending on Twitter when a large number of tweets like these began to flood the internet.

(Warning: A lot of dumb a** ignorant comments to follow.)

#BoycottNetflix Liberal corporations dont need our money or they would keep their mouths shut!

Can stupid fucks stop making shit like Dear White People on Netflix? You're hurting ratings for Stranger Things with #BoycottNetflix

Luckily, not everyone is rabble, rabble, rabble-ing on Twitter right now. In fact, a lot of people, myself included, are finding this hilarious and helping to keep the trend going for just that reason.

The idiots doing #boycottnetflix for Dear White People know they will re-up when Stranger Things come back for Season 2. Get the fuck out!

Wow #BoycottNetflix people, you got the hashtag spelled right. Good for you! And thanks to you I'll be watching Dear White People. Smooches!

"Them there liberals done made a picture show called #DearWhitePeople? Call up the boys! It's time to #boycottnetflix." pic.twitter.com/qyRP7iXfGG

And while no company likes to lose customers, I don’t see Netflix, which had a revenue of $8.83 Billion dollars last year, pulling this series over a some MAGA-loving unsubscribers.

But ultimately, the fact that this is even a thing is ridiculous. I think @OnceASheeple put it best.