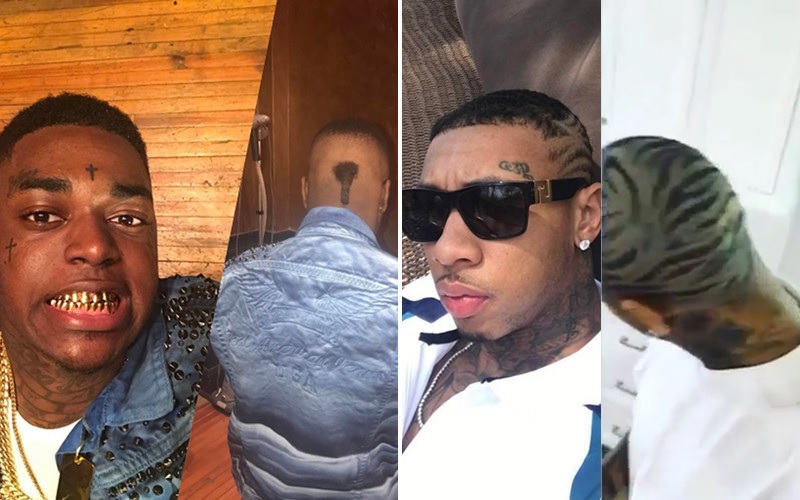 It’s time for another internet debate. This time, it’s not about what color is this or what is that. The latest internet debate is actually “Which rapper has the worst haircut?” Tyga and Kodak Black both got fresh haircuts recently that have baffled social media.

Kodak chopped off all of most of his signature “Kodak knots.” However, he strangely decided to leave just one of his knots in the back. The front of the cut looks like a regular fade that many compared it to the “Boosie fade.” However, the Florida rapper quickly shot that down on Instagram.

He also showed off his new ‘do to his fans during a recent performance.

Just days prior to Kodak’s lone knot making a statement, Tyga debuted some mess. The back of the rapper’s head looks like he was attacked by a wild animal. But according to him, the new the cut is supposed to resemble an animal; he has referred to the style as “tiger stripes.”

Both horrible haircuts caught Twitter’s attention and they had nothing nice to say, just jokes.

I guess I can give Kodak and Tyga kudos for being unique and taking fashion risks… actually I can’t. I don’t think there is a right or wrong answer to this Twitter debate. Both cuts are ridiculous and both rappers should wear hats for a few weeks… or find a talented barber willing to fix that mess.