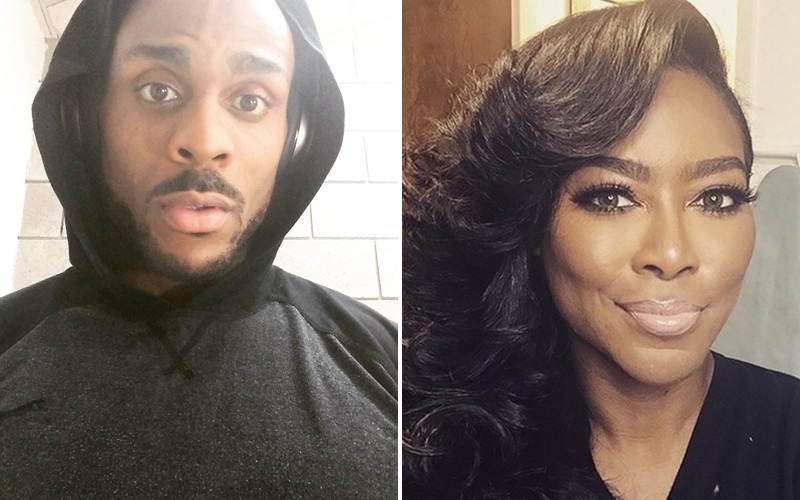 Revealing Kenya Moore as a liar on Instagram and calling her “manipulative and fundamentally deceptive” during an episode of The Real Housewives of Atlanta wasn’t enough for Matt Jordan. Kenya’s ex-boyfriend is now exposing her as a cheater and claims she has had affairs with several married men.

Kenya recently discussed Matt’s anger and violent outbursts on The B. Scott Show. The aftermath of one of Matt’s outbursts was shown on a recent episode of RHOA. Though not shown on camera in the act, Kenya blamed Matt for breaking the windows of her garage door and Range Rover, as well spraying paint on her security camera’s.

“I admit I was wrong I own it. I should have never damaged anyones property… I admit guilt, I admit fault.”

However, Matt quickly got that apology out of the way to, once again, expose Kenya as “deceptive.” He claims she disrespected him by cheating on him during their relationship by dating married men from Nigeria for money.

Ive been hurt, drugg, embarrassed, violated and flat out disrespected by shorty. I sat in the hospital waiting room for 5 hours wondering what was wrong with shorty. I sat and watched her hold hands with another man while i sat back and watched (yes we were already seeing each other.)

I had to find out from some third party person that she was deal with some married men in Nigeria for money, and that one of them cut her off because she talked about the relationship that was supposed to be private

how you think that made me feel???. She claim she love me?? How when throughout my entire relationship shes is texting “hey baby hey sweetie” i miss you” “when are you going to send for me.” to some mothafucka name jojo Nigeria.(how the num is saved)

Then tell my mother he is a investor you use him to fund ya haircare line. You are evil! You saying he used to date ya friend??? Who kenya?? then why you letting him call you baby sweetie hunnie??

…Then when porsha yells out one eyed african yall act like she crazy.

There is no proof Kenya cheated on Matt with wealthy Nigerian men or any other men during their relationship. However, any RHOA fan knows unfounded rumors have linked several of the cast members to African suitors in the past. It’s possible Matt is just making one last jab to his ex.