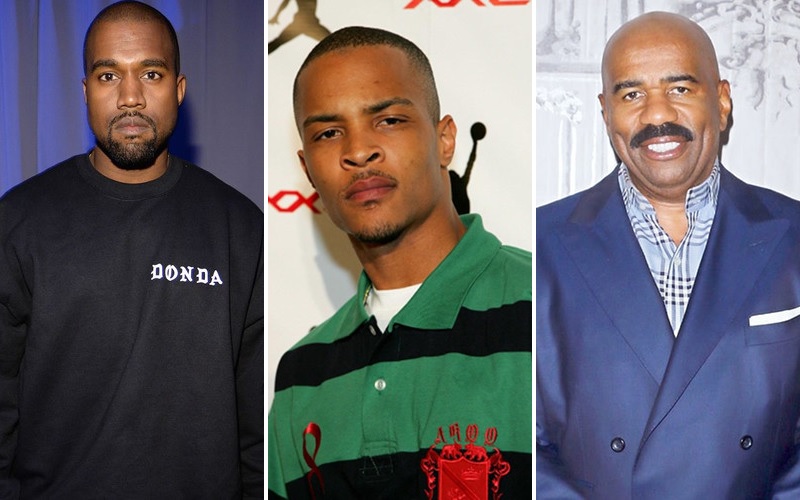 Over the past several weeks, we’ve seen many celebrities, political leaders, and other prominent people travel to NYC and ascend up the top floors of Trump Tower. Like many of us, T.I. Harris is over this spectacle and is warning celebrities to be aware of a “Willie Lynch” agenda when accepting a meeting with president-elect Donald Trump.

Tip wrote a candid open letter to Trump on prejudice and the consequences of Trump’s words. The letter was published on Rolling Stone magazine’s website.

However, seeing Martin Luther King Jr.’s son visit with Trump on MLK Day caused the rapper to post three Instagram videos warning celebrities, specifically black and minorities, willing to smile and chat with someone who has incited racism throughout his campaign.

“I’m going to tell all you celebrities – black, minority, all of you man, athletes. Let me tell you something: there’s a strategic plan that people are trying to make you a part of. Do not accept any invitation or have any meeting no matter how positive you think the outcome may be, without understanding. People have a very Willie Lynch agenda.

You being there, taking picture and smiling and being positive, it may seem positive to you, but there’s a hidden agenda, man. You might not know it. But now you have been warned. Do not go in there unless you have a strategy.”

T.I. uses his second video to further explain his thoughts. He says bringing people like Kanye West, Steve Harvey, and Ray Lewis to Trump Tower is part of an agenda to help black people “fall in line” with Trump and his policies.

The rapper states in the final video that it’s OK to engage in conversation with people with differing viewpoints as long as there is a mutual respect.

“It’s nothing wrong with sitting down across from anybody no matter how different your view may be from theirs and how different your backgrounds may be. As long as they give you the basic human decency of respecting your values, respecting your ancestors’ legacies and then not representing hate groups that are adamantly against the progression of your people. With that being said, Kanye what the f*ck you doing? Steve you know way better than this.”

While there may not be a problem with celebs and prominent figures wanting to be heard by the POTUS or hoping Trump will actually understand their concerns, T.I. definitely makes valid points.

Martin Luther King III, Harvey, and maybe even Kanye probably all had good intentions with their meetings with Trump. However, I’m sure the president-elect is only using them for his own gain.

Unfortunately, this may also be the case moving forward as Trump deals with race relations despite his own racist rhetoric.