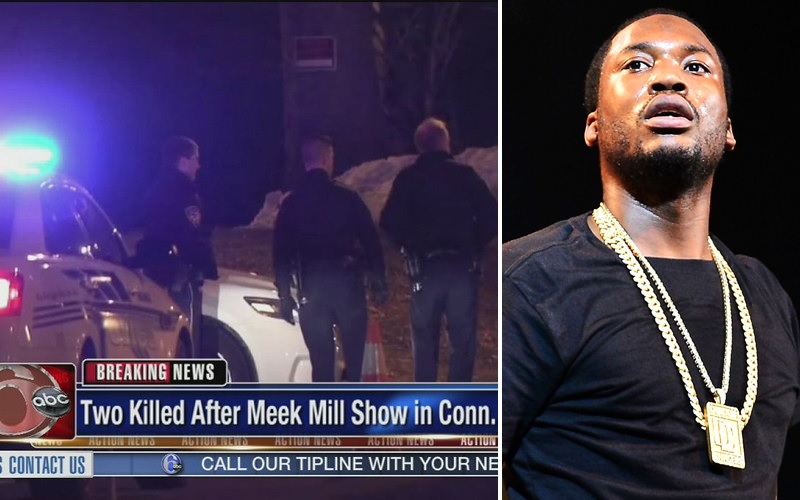 Two people are dead following a shooting outside a Connecticut concert venue where Meek Mill had just finished his performance. Two other victims were also shot, but do not have life-threatening injuries.

Meek finished his Friday (Dec. 30) show at the Oakdale Theatre in Wallingford, CT around 11:00 PM and was walking out the venue as shots were fired. The people shot were also leaving the theater. Video footage of the scene circulated on social media.

Meek was uninjured, but two men were dead on arrival at the hospital, while two other men were taken to local hospitals with non-life threatening injuries.

“We received a 911 call from an employee at the Oakdale Theatre … The caller reported that he was outside of the Oakdale with a victim who was shot in the leg. Our units responding determined that there were actually 4 victims, 2 with non-life-threatening injuries … 2 victims determined to be deceased. Everything occurred outside of the Oakdale, it appeared to be near closing, the closing of the event. At this time, we are looking into possible leads, suspect vehicles, descriptions.”

According to Uproxx, Meek commented on the situation via Instagram before he had all the facts of the shooting.