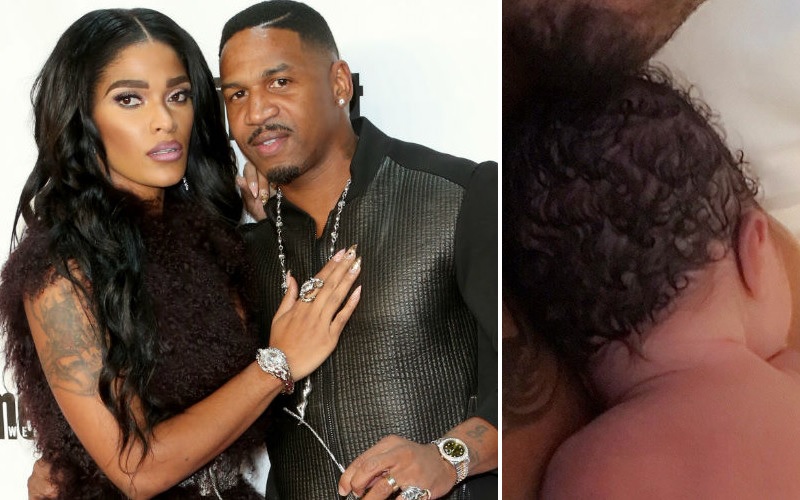 Love & Hip Hop Atlanta star Joseline Hernandez gave birth to her first child on Wednesday (Dec. 28). The self-proclaimed Puerto Rican Princess documented her labor and post-birth on social media via Twitter and Instagram Live videos. It was apparently a natural birth, with a birthing pool and doula. Joseline also did it all without an epidural.

This bitch think she bad? that's all you got hoe? #Contractions ???? fight the fight she ain't got enough 4 me come thru hoe

Though she told her fans they would have to wait until her delivery special airs on VH1 to get their first look at Baby Bonnie, daddy Stevie J had other plans. The proud papa couldn’t contain his joy and posted a pic of the back of Bonnie Bella’s head.

Joseline also posted a close-up of her daughter’s hand.

After months of rumors and speculation, a DNA test definitively proved Stevie is the father of Bonnie Bella. He’s now reportedly seeking full custody, or at least visitation rights. The two were also recently in court after Stevie claimed Joseline physical attacked him multiple times.

Meanwhile, Joseline’s delivery special has yet to have a premiere date. However, the Puerto Rican Princess did not fail to shout out Mona Scott-Young and VH1 after giving birth.