GOSSIPONTHIS.COM Celebs Tiny Harris Requesting Half of All Assets, Child Support & Alimony in... 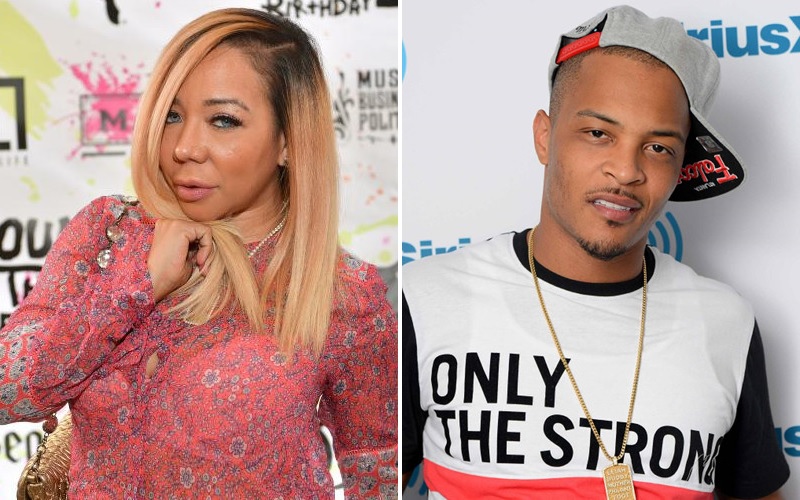 Details regarding T.I. and Tiny’s impending divorce have been revealed. News recently broke that Tiny filed for divorce earlier this month after six years of marriage. The divorce papers have since been obtained and Tiny is petitioning for child support, alimony, full custody, and half of all assets.

Bossip has obtained the divorce petition Tiny filed in a Henry County court on December 7th. The document states the hip hop couple’s marriage is “irretrievably broken” with no hope of the two working out their differences. She is requesting temporary and permanent child support and alimony “in an amount consistent with the parties standard of living.” Tiny also wants half of the assets acquired during the six-year marriage, which includes properties, cars, investments, and even money saved in a retirement account.

Tiny also claims the couple is millions in debt. She wants to be absolved from repaying any debt due to T.I.’s “high earning ability.”

The couple have three children together, the youngest just 9 months old. Tiny is seeking full custody. A judge will intervene if the two cannot agree on a custody agreement. She would also like a mental health expert to help determine which parent would be better suited for the children.

Though the couple has previously debunked divorce rumors, in another “shocker,” the divorce papers suggest T.I. and Tiny have been separated for at least a year. The document states:

“The parties are living in a bona fide state of separation.”

Tax records also obtained by Bossip even show Tiny has been paying property taxes for the past year on a $1.6 million mansion located a few town’s away from T.I.’s home.

Tiny and T.I. have still not spoken publicly on the demise of their marriage. The divorce petition and sources are currently the only insight we have into the situation.