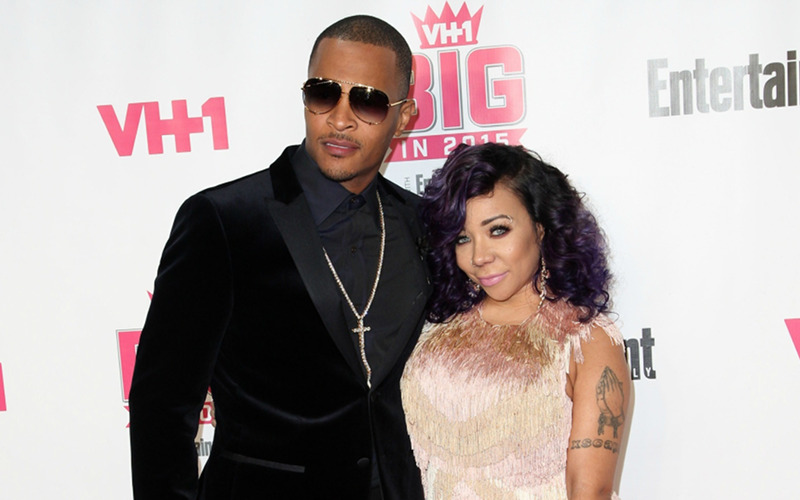 T.I. and Tiny Harris began the year celebrating the birth of their daughter and will end the year signing divorce papers. It has been confirmed that after six years of marriage, Tiny has filed for divorce from husband T.I.

Though the news is just breaking, legal documents show Tiny made the filing in Henry County, Georgia on December 7. The former couple wed in 2010 and have been together since 2001.

They have three children together, including a nine-month-old daughter. Tiny has one daughter and T.I. has three other children from previous relationships.

Despite the Dec. 7 filing, it seems the two spent a happy Christmas together. Tiny posted an adorable video on Instagram of the happy parents watching their infant daughter driving a new toy car.

A source tells E! News Tiny and T.I. want to “still be friends for the kids and the family.” The insider also gave a little insight into what went wrong.

“Arguments and disagreements over some issues lead them to split.”

Unfortunately, the writing was on the wall for this hip-hop split. Divorce rumors have plagued the couple for months after the couple hit a “rough patch” in their marriage. Their troubled marriage dominated headlines recently when a video of Tiny dancing with Floyd Mayweather at Mariah Carey’s Halloween party surfaced online.

Mayweather and T.I. have been beefing since 2014, with the two even getting into a physical altercation. Although T.I. and Tiny’s problems are said to have started before the Mayweather incident, the video did not help matters, with the two posting or liking shady messages/memes on social media.

Neither Tiny nor T.I. have commented on their impending divorce through reps or on social media.