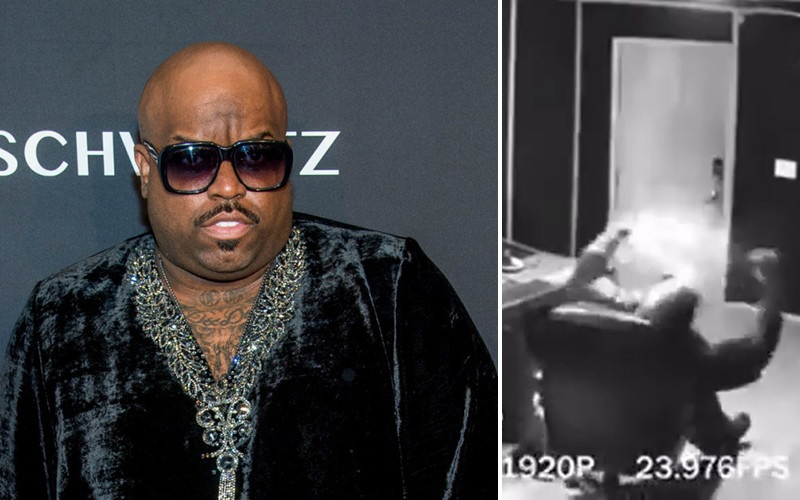 CeeLo has assured fans that he is “alive and well” following a stunt that left all off social media wondering if the Grammy winning musician was seriously injured. On Saturday (Dec. 17), a video surfaced showing CeeLo talking on a smartphone when it suddenly explodes, causing the singer to fall out of his chair and onto the ground, seemingly unconscious.

10 hours after the video caused a stir on social media, CeeLo addressed the incident on Facebook Live. Turns out, the video was just a publicity stunt for one of CeeLo’s upcoming projects, “Gnarly Davidson.”

“Hey y’all, listen. I just want to let everybody know that I am alive and I am well and I’m OK. Truthfully, I’m really upset that anybody had to be emotionally disturbed by what they saw today. Actually what you saw today was a clip from a smaller video that we were shooting for a new project that I’m doing called Gnarly Davidson.”

Here is the video that caused Twitter (and probably Samsung execs) to freak out.

Samsung has faced heavy criticism over the past several months after Galaxy Note 7 phones began catching fire and exploding. Nearly 2.5 million of the phones have been recalled, and the model has since been discontinued. Along with CeeLo, “Samsung” became a trending topic as many assumed the musician was using a Samsung phone.

CeeLo walking into Samsung's HQ to get that check after he wins his lawsuit! pic.twitter.com/adADbcvgUR

When you're reading about Ceelo's Samsung blowing up in his face from your Samsung ??

@WORLDSTAR CeeLo Green bout to pull up to Samsung headquarters like this pic.twitter.com/hCZ2JQDqK2

That video of Ceelo talking on the phone before it blew up on his face is scary. Leave those Samsung alone!

Prior to CeeLo’s statement, fans and celebrities expressed concern for the singer, while others were already questioning is validity.

@CeeLoGreen Sooo manyyyy prayers & light to you brother!!!! I ?? your hearing is ok!!!

How can Elon Musk make a car that drives itself, but Samsung can't make a phone that doesn't explode in your face?

@CeeLoGreen I hope and pray you are okay. Just watched a graphic video

i pray Ceelo is okay.

Is ceelo ok? Was that video real or not? Cause if so, I hope it wasn't as bad as it looked.

Did Ceelo's phone really explode in his face? That video look FAKED #teamIphone

Despite scaring half of Twitter with his ill-conceived prank, CeeLo says he still intends to release the new Gnarly Davidson music, and most likely the corresponding video.