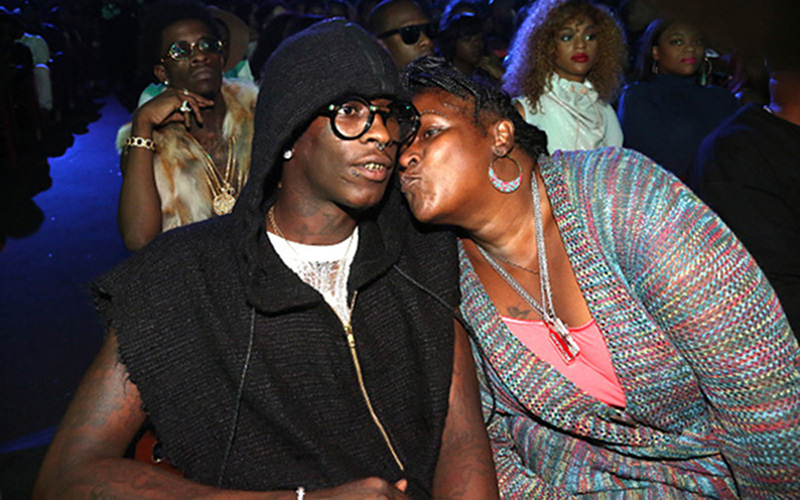 If you’re from the south like me and Young Thug, you’re never too old to get a whoopin from your mama. The 25-year-old was quickly reminded of this recently. No, his mother did not spank him (at least not that we know of, lol) but she did get him together for treating airport employees horribly.

Young Thug really thought he could show his tail (just like a mama would say) at an airport without any backlash. The rapper recently recorded himself insulting two black female Alaska Airline employees. Social media called him out for his behavior, but it was his mother who handled the situation like only a mother can.

“When your mama make u go to the airport and apologize. Sorry love ones”

Last week (Dec. 7), the rapper posted a video on Instagram in which he seen disrespecting the two airline employees, who he felt were trying to make him miss his flight and, subsequently, his scheduled show.

He called the works “ants,” “peasants,” and bums. He even said the black women “look like Africans” that “got deported.” He then offed each of them $15,000 to quit their jobs.

He obviously faced heavy backlash on social media. He responded to the criticism and defended himself via Twitter and Instagram videos.

“Everybody get mad and say sh*t…. I love the skin I’m in, and I love MY people…. Oh ya and the ladies behind the counter was disrespectful too…. two sides to every story #UDIGG.”

After Young Thug posted about his apologies to the airport workers, Twitter praised his mother, but still wasn’t feeling the rapper.

This is why black mothers are still undefeated pic.twitter.com/iZ6j4JSv2P

Me at yall forgiving Young Thug after his "mama made him". He still think he right. A sad ting pic.twitter.com/wsHk0SOE1u

Young thug's mother made him go to the airport & apologize… some of yall mama's need to teach yall respect & manners also ?