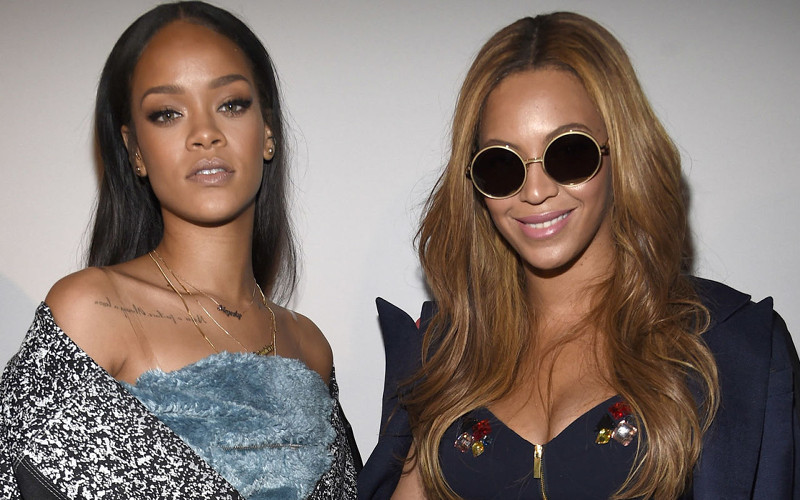 Rihanna admits she’s “petty af,” but don’t ever accuse her of supporting rumors of a feud between her and Beyoncé.

The 59th Annual Grammy Award nominations were announced Tuesday (Dec. 6). Beyoncé scored the most and made history with 9 nominations, while Rihanna nabbed 8 nominations. However, RiRi’s Navy fan base couldn’t help but notice she was snubbed in major categories like ‘Song of the Year’ and ‘Album of the Year,’ both of which Beyoncé is a heavy favorite to win.

Rihanna fanned the flames after she liked a particular post on Instagram, which suggested the Recording Academy snubbed Rihanna because they didn’t want to make Beyoncé’s Lemonade bitter, not sweet, by Rihanna having more nominations than Queen Bey.

No “like” goes unnoticed on social media and Rihanna’s subtle shade quickly went viral. That is, until BadGalRiRi herself shut down all the chatter. She commented on the same post stating, “I’m petty af, yes. But this is just unnecessary!”

“I never actually read your caption, thought the pic was funny and moved right along! Til I seen it pop up over and over! I’m petty af, yes. But this is just unnecessary! I wish y’all would drop this topic and see things from the bigger picture! We don’t need to be putting black women against each other! We deserve to be celebrated, and the Grammy Academy agrees!”

Shout out to Rihanna for shutting this down before anything became too heated and a Beyoncé/Rihanna feud was the top story of every entertainment news outlet.

The 2017 Grammy Awards air live February 12th at 8pm on CBS. Although performers have yet to be announced, two of the most nominated artists of the night (Rihanna & Beyoncé) are highly likely to take the stage.