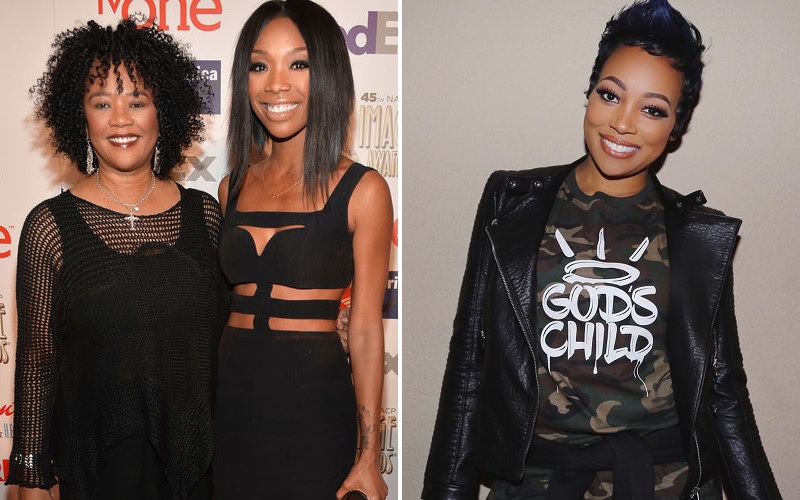 Love & Hip Hop is starting to rub off on Ray J and Brandy’s mama. Sonja Norwood has jumped in the Brandy/Monica drama by adding her two cents on social media.

The internet has been calling Brandy out for months regarding her pettiness towards Monica. Brandy’s latest solo shade throwing session occurred Monday (Nov. 28) after she referred to the late Whitney Houston as her “fairy godmother” on Instagram.

Brandy reflected on their close relationship just days after Monica appeared on OWN’s Where Are They Now? and also called Whitney her “fairy godmother.”

Brandy later posted a clip of her performance at the 2016 Soul Train Awards, where she received the Lady of Soul Award. Social media was also quick to catch the shade as she changed a few lyrics of one of her songs, referencing her beef with Monica.

Cue Mrs. Norwood’s entrance. The singer’s mother commented on the video stating that Whitney was “not everyone’s godmother.” The simple comment started a firestorm and Monica fans began to go in on Brandy’s mama. Sonja has never been one to play with and she defended herself and her daughter.

Calling out Brandy is one thing, but her mama is a whole different ballgame. Brandy responded and poignantly wrote “don’t EVER come for my mom.” She also owned up to her petty ways, but still tries to justify the shadiness because she elusively “knows something no else does.” Brandy clearly has no intention of letting this Monica beef go anytime soon. It’s unfortunate that Mrs. Sonja is now involved. I was shocked the momager allowed her children appear on Love & Hip Hop Hollywood, let alone pop up herself. However, it looks like the reality show is the perfect fit for the family.