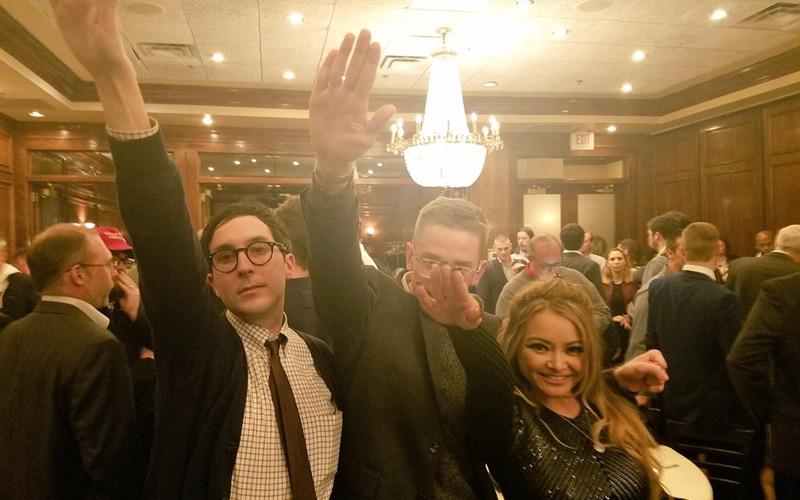 Remember former reality TV star Tila Tequila? Since her Myspace-fame days and A Shot at Love with Tila Tequila, the social media personality has basically become a Nazi. Her hate speech has become so bad, Twitter recently suspended her account.

So twitter finally suspended Tila Tequila account for hate speech. She has been calling Black ppl racial epithets on here for YEARS pic.twitter.com/MPx3ois8VX

The Donald Trump supporter then posted a picture of herself and two men giving Nazi salutes. She captioned the photo “Seig heil!”

Are we just going to ignore that Tila tequila became a nazi or like pic.twitter.com/4SZwOo3Jl6

She also posted several other photos from the event, even writing she “recruited some Hitler youth for the #AltRight.”

Twitter responded to the offensive photo by suspending her account. The social media platform has made recent efforts in reducing hate speech and trolling. Several Alt-Right accounts have already been suspended, including Spencer’s.

Over the past few years, Tila has posted several racist, anti-Semitic, and offensive remarks. The Vietnamese-American recently claimed on Twitter, “I’m a white supremacist!” and wrote “Happy birthday, mein Fuhror!”

Earlier this month, she wrote “Are you and your people ready to be rounded up to FEMA camps? Actually, that may be letting you off too easy!”

In July, the Trump supporter photoshopped a photo of wearing Nazi attire standing next to the then-presidential nominee. In 2013, she posted a photo on Facebook of herself standing in front of the Auschwitz concentration camp while wearing a Nazi armband. Despite her own tweets and photos, in 2015, Tila told Buzzfeed that she is “not a racist nor anti-semitic and absolutely not 100% a Nazi supporter.”

Something was always a little off with Tila Tequila, but this is just insane. I never would have expected her to be a poster child for white nationalism and the “alt-right” movement.

Though we should support free speech, hate speech should never be tolerated or gone without consequence. Twitter made the right call, but expect Tila to find another outlet to spread her hate.