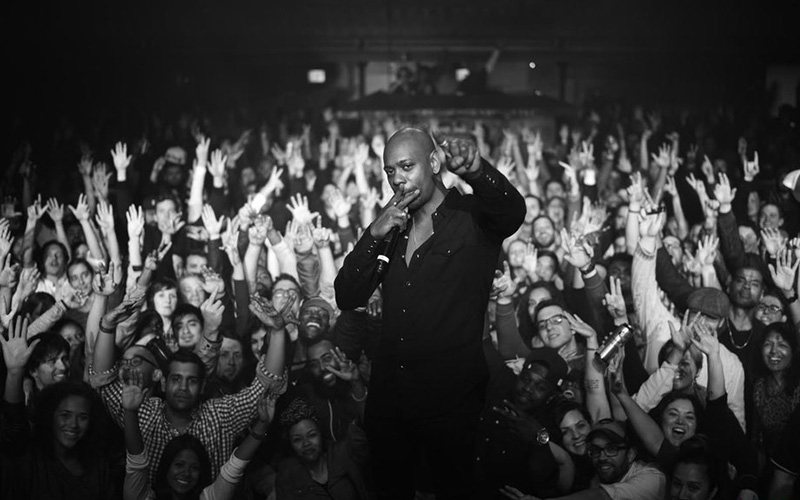 Netflix announced today that they have teamed up with legendary funnyman Dave Chappelle for not just one, not two, but THREE brand new comedy specials.

The big announcement comes just one week after Chappelle’s SNL appearance in which he showed the world that he’s ‘still got it’ after all these years.

“Dave Chappelle is a legendary voice in comedy — searing, vital, and now more than ever, essential,” Netflix’s vice president of original documentary and comedy Lisa Nishimura said in a statement Monday (Nov. 21). “Dave’s three new specials promise to be some of the most anticipated events in comedy.”

One of the specials will be an original set that was filmed exclusively for Netflix, and the other two will come from previously unreleased comedy sets that were recorded at Austin City Limits Live and the Hollywood Palladium.

Chappelle’s Netflix comedy specials will be his first TV specials in 12 years. Though no dates have officially been announced, the two already-recorded specials will be released simultaneously in 2017.

Netflix is showing that they are interested in taking over stand-up comedy as the news of Dave Chappelle’s deal comes just over a month after the company responsible for the slow death of cable TV as we know it announced that it had ordered two specials from Chris Rock in a $40 million deal.