GOSSIPONTHIS.COM Politics Stevie Wonder: Voting for Donald Trump Is Like Asking Me to Drive... 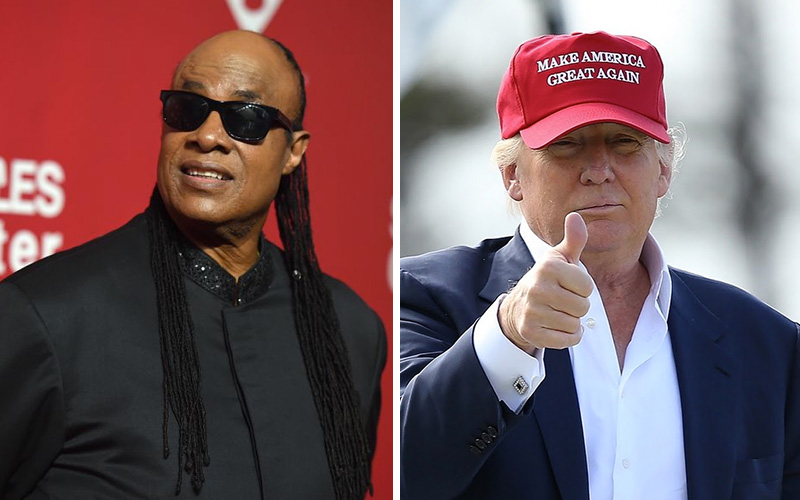 The 66-year-old music legend, who was basically born blind (he went blind shortly after birth), made the hilarious (but VERY TRUE) comparison in an interview with Philly.com Friday (Nov. 4) after his Get Out the Vote concert in support of Hillary Clinton in Philladelphia.

“If you had an emergency situation and needed to go to the hospital, and you had to get there right away, would you want me driving your car?” he asked, to which the reporter replied “no.” He added, “Because I’m not an experienced driver, right?”

The 66-year-old then said Clinton’s track record alone makes her a better candidate.

“So my belief is that Hillary is an experienced person of the government, and she has spent 30 years with a commitment. Not to mention that her parents taught her in a kinder way, to have respect and love for all people. That’s the person I want to govern, to be the leader of this nation,” he said.

The 25-time Grammy award winner also slammed Trump for using his platform to make negative remarks about women, Muslims and Latinos. Wonder said that he would hate to have the “last years of my life in a place of pessimism” under a Trump presidency.

“This is not a reality show. This is life in reality,” he said. “So I’m with her because I believe in where we are, and where we are going to go. I have always believed that America is great. We’re just going to make it greater.”

So when you go out to the polls today (if you haven’t already), remember this: You wouldn’t let a blind man drive, so don’t give a greasy cheese ball the ability to run an entire country.