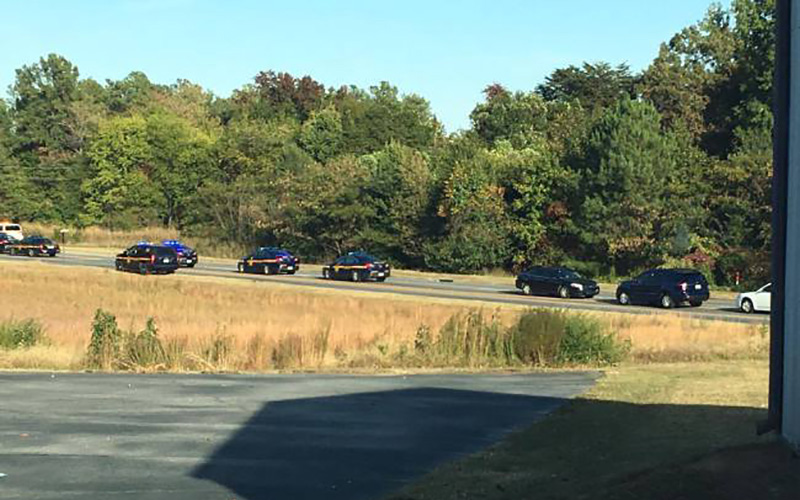 Police are investigating an officer-involved shooting in Greenville, South Carolina.

According to the Greenville County Sheriff’s Office, shots were fired just after 5 p.m. near the Turning Point of of South Carolina rehab facility, where deputies were attempting to serve a warrant.

Greenville County Sheriff Steve Loftis said in a press conference that as police pulled into the parking lot of the rehab center, they observed a man trying to hide his face and features. Three officers chased down the suspect, described as an “African-American male,” who they said confronted them with a 3-inch knife.

Sheriff Loftis said the man, who was two feet away from deputies, ignored repeated commands to drop the knife, and when he didn’t, one deputy fired a single shot that hit the suspect in the abdomen.

Loftis said there were a number of witnesses on the scene who have verified the story and no one else was in danger at the time of the shooting. Per protocol, the deputy who fired the shot has been placed on administrative leave.

The man, whose name and age haven’t been released yet, was taken to the hospital. Details regarding his condition weren’t immediately available.