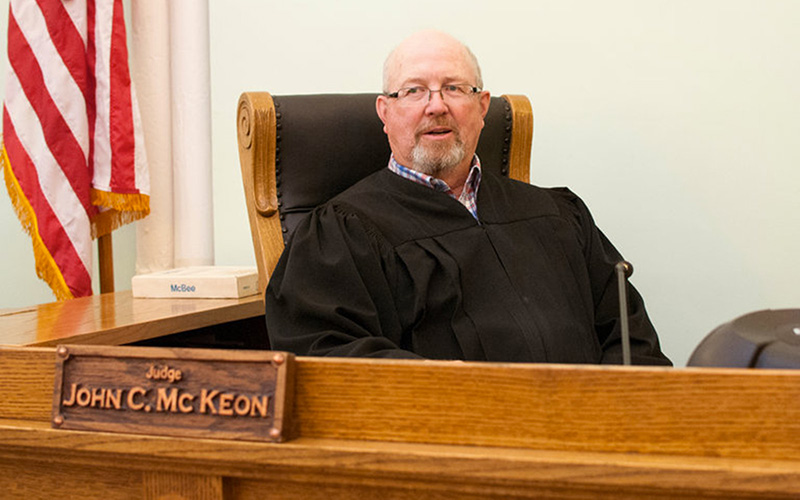 Another day, another example of our justice system failing us. Much like the Brock Turner case, there has been another lenient sentencing for a rapist, only this one is even more egregious than that one, and it has the judge, John McKeon, on the hot seat.

John McKeon is a State Judge in Eastern Montana who has recently made headlines across the country for a sentencing he made. And while some may hear the ruling and assume this was an inexperienced judge, McKeon has been serving for over twenty two years at this point.

In fact, he was on the verge of retirement before he was thrown into the national spotlight for his extremely lenient sentencing of an incestual rapist.

This otherwise Average Joe has been launched into national infamy after his ruling on a case that involved a Montana man repeatedly raping his 12-year-old daughter. 40-year-old Martin Blake had pleaded guilty to the crimes over the summer, and the prosecution was seeking a 25-year jail sentencing. After hearing the case, however, McKeon decided to punish Blake with a paltry 60-day sentence with time already served. That means this man, who admits to having repeatedly raping his pre-teen daughter, will only spend 43 days in jail.

3. There is a Change.org petition to have him impeached.

After news of the downright insulting ruling broke, people across the country decided to take action. The petition says that “Judge McKeon did not uphold the responsibility of ensuring justice as he is required to in his elected position.”

It went on to say that:

“He is just one of many judges who have been caught handing down light sentences to rapists. This must stop and we can only do that by sending a message. It is time to start punished the judges who let these monsters walk our streets. Please sign this petition calling for the impeachment of Judge John C. McKeon.”

4. Judge McKeon has issued a statement defending his ruling. Amidst the outcry of anger since his ruling, McKeon has come out and tried to explain why he decided such a lenient sentencing was best. He said that an evaluation performed on the defendant found that he was not likely to repeat his crimes and that he could be safely treated and supervised in the community. He cites the exception to the mandatory 25-year prison sentence for incest involving someone age 12 or younger.

He concluded his statement by saying:

“All district judges take an oath to uphold the Constitution and laws of this state. These constitutional provisions and laws include certain fundamental legal principles that apply at sentencing, including a presumption of innocence for unproved criminal allegations, the varying sentencing policies and government’s burden to counter evidence supporting an exception to mandatory sentence.”

5. McKeon plans on retiring in the near future. For many judges, having such a harsh kickback from the public would be a career killer — something that follows you around for years to come (much like the Brock Turner Judge). But for McKeon, this won’t be a problem as he is planning on stepping down from the bench next month.

So the Change.org petition is aimed at doing more than just having him removed from his seat, as that won’t be a punishment at all. Instead, the call for impeachment is in the hopes that McKeon will not receive his taxpayer pension after he leaves.

As the petition says:

“We can ensure Judge McKeon doesn’t get to retire and collect a paycheck from taxpayers after failing to fulfill his duty as a judge.”