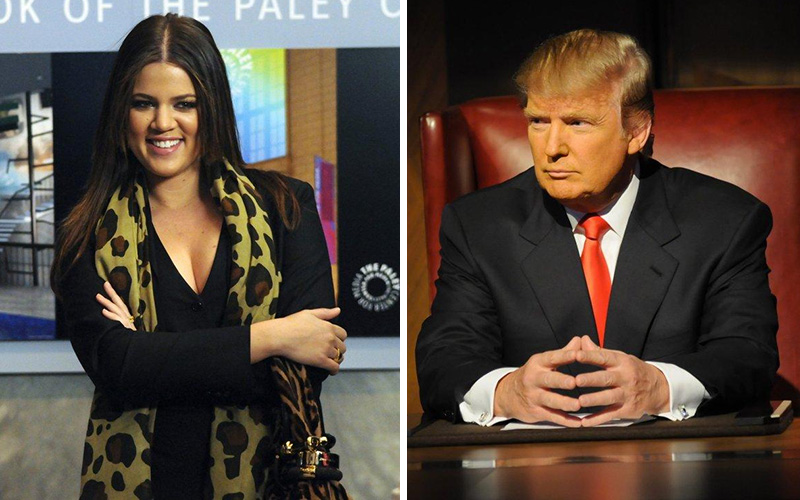 Well the Trump ridiculousness from his time on The Apprentice continues. As news has surfaced of repeated allegations that Trump insulted and used derogatory terms to contestants on the show, another one just came out about Khloe Kardashian’s stint.

During the 8th season of the show, Kardashian was “fired” because she had to miss an episode for a court-ordered DUI class. At least, that’s what Donald Trump said on national television.

“I hate people who drive under the influence; I really do,” he said before firing her on the show. “If I had known that you were missing time away from the task because of a DUI, you would have never been on the show.”

But according to the Huffington Post, that was all bullsh*t. An editor on the show has come out and said, “He basically wanted to just get rid of her. He called her a ‘piglet.’” Trump even asked, “what is this? We can’t even get the hot one?” – referring to Kim.

Another source has backed up the story, describing what Trump said about Khloe: “Why don’t we fire Khloe? She is a fat piglet. Why did we get the ugly Kardashian?”

What’s sad is that for anyone else this would actually prove to be a detriment for a presidential run. But for Trump, who has been accused of sexually assaulting a growing number of women, this probably won’t hurt him at all.