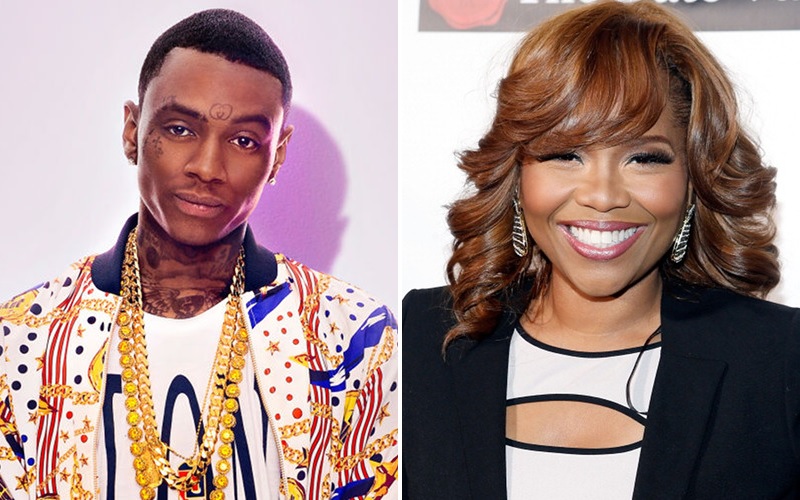 Earlier this week (Mon, Oct. 3), the rapper tweeted to his 4 million followers that he quit the VH1 reality series because he was “too big” for the “ratchet” show. He also added that the show was no longer a good look for his brand.

I've decided to quit Love and hip hop. I feel my brand is too big for the show now. It's too ratchet. I have my own new tv show coming soon!

However, Mona, executive producer of the show, was quick to respond with a little shade of her own.

Mona took to Instagram and reposted a meme that was originally posted by Trevia Williams, a co-executive producer for Mona’s company, Monami Enertainment.

Soulja has not directly addressed the rumors that he was fired. But it’s a good guess that a few of his recent tweets are in response to Mona’s IG post.

You can’t change how people feel about you, so don’t try. Just live your life and be happy.

When you down and not doing Shit everything all good. Soon as you get up and get a little money or success they start hating all of a sudden

I guess she mad because I finessed her out that bag ??

Sometimes you have to go through the worst in order to get to the best.

Life's too short to tolerate shit that doesn't make you happy.

Get money and watch they start hatin ?? pic.twitter.com/VhmX9hva2v

The idea that Soulja would “quit” the show because it’s “ratchet” was odd from the beginning. The Love & Hip Hop franchise is nothing but ratchet TV so why would he join the cast in first place if he felt it wasn’t right for his brand?

His firing is way more believable, to be honest. After recently threatening to kill an internet troll he believed was his ex-girlfriend’s current boyfriend, SB was removed from the opening credits of LHHH and demoted to a supporting role. It’s possible he was eventually fired over this incident or, actually did quit because of his demotion.