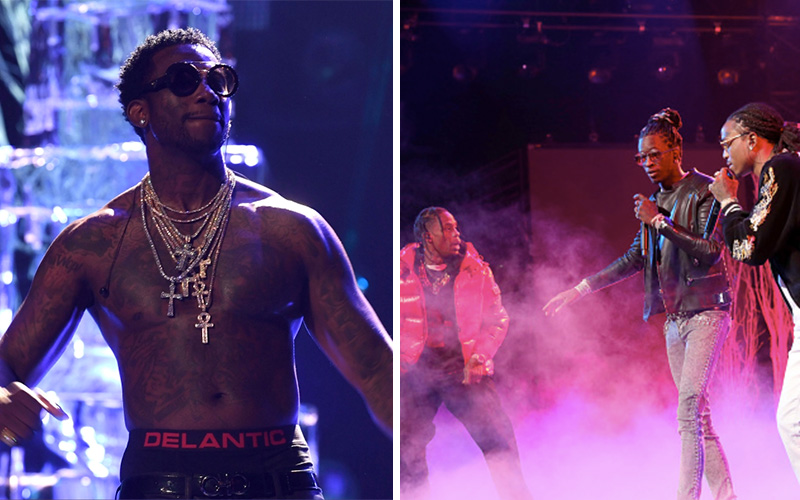 In his first TV performance since being released from jail, Gucci Mane took the 2016 BET Hip Hop Awards by storm.

Gucci opened his performance (which aired Tuesday night, Oct. 4, after being recorded in Atlanta last month) with his “First Day Out The Feds” single and showed off his much healthier and slim post-jail physique.

Travis Scott also joined Gucci on stage and the two performed their “Last Time” collaboration together before Travis brought out Young Thug and Quavo to perform their collab “Pick Up the Phone.”