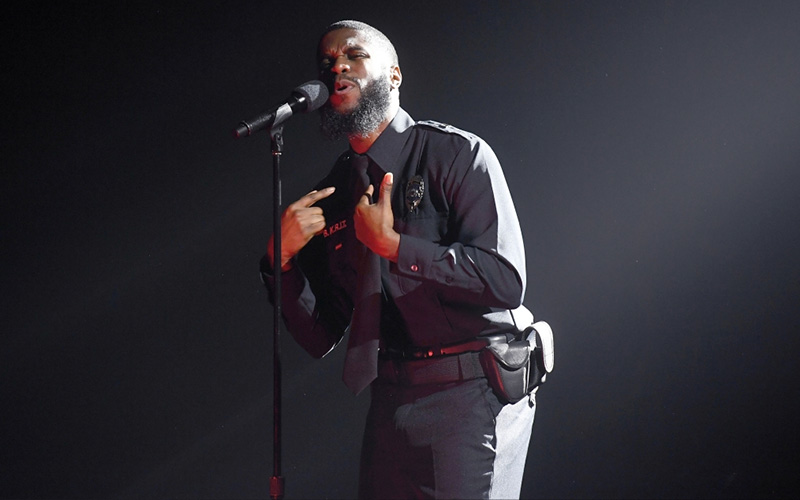 Dressed as a police officer, K.R.I.T. delivered a powerful verse tackling police brutality and the Black Lives Matter movement. His woke performance was met with a standing ovation and left the audience in chills.