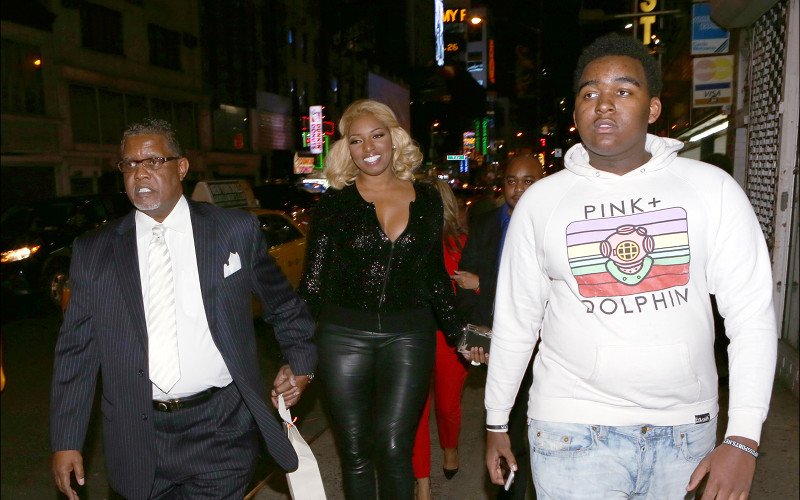 Nene Leakes wasn’t cracking many jokes at one of her recent comedy shows. The TV personality’s son was robbed during a Chicago stop of her So Nasty, So Rude comedy tour.

But before you make any assumptions, this is not karma for Nene’s older son, Bryson Bryant, who shoplifted $28 worth of razors from Wal-Mart in 2011.

Nene’s youngest son, Brentt Leakes, was robbed last week (Sept. 28) at The Promontory. The 17-year-old was selling merchandise from the tour when an adult male demanded a refund. Brentt did not oblige and the man ran off with Brentt’s backpack, which contained his laptop and wallet.

Police have seen surveillance footage of the robbery and the investigation is ongoing. No arrests have been made. Also, no one was hurt during the incident.

In light of Kim Kardashian being held at gunpoint and robbed of nearly $9 million worth of jewelry, I’m glad Brentt’s situation was not as serious and he’s safe. However, I’m sure the teenager was still shaken up over the incident.

Nene nor any of her reps have commented on the matter. I bet she’s going to continue selling merch though, in order to get her coins. And for anyone planning to see the novice comedian live, NO REFUNDS!