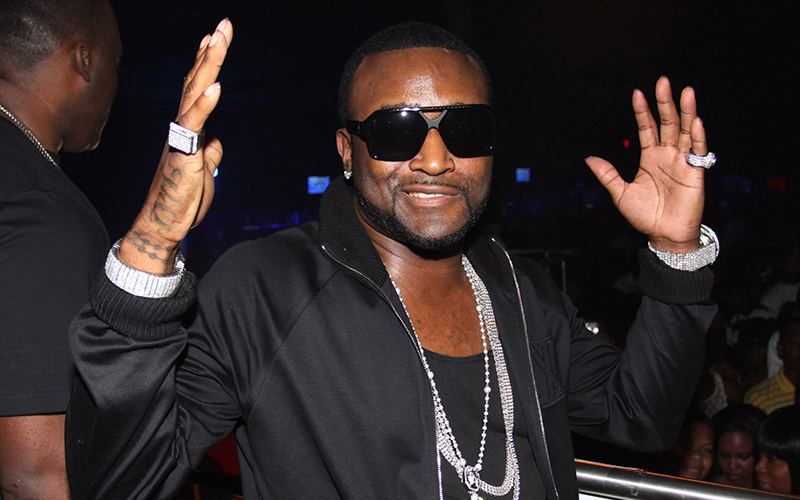 Shawty Lo has died. Management for the well-known Atlanta rapper has confirmed that he was killed in a car accident in South Fulton County early Wednesday morning (Sep. 21).

My brother has passed he is no longer here but his spirit, his kind heart , and his music will live on Long live Shawty Lo King of Bankhead

According to reports, Shawty Lo (real name: Carlos Walker) was traveling in a 2016 white Audi at around 2:30 a.m. when the vehicle crashed over a guardrail, hit several trees and caught on fire after landing in a deep embankment.

Some initial reports stated that the accident was a “hit-and-run,” however, this was a single car crash; no other vehicles were involved.

First responders reported that Walker was ejected from the vehicle and was pronounced dead at the scene. Two women in the car were able to free themselves from the wreckage and were rushed to Grady Memorial Hospital with non life-threatening injuries.

Not too long after the sad news broke, #RIPShawtyLo began trending on Twitter and the tributes from the celebrities, rappers and the Hip Hop community have been pouring in.

Mgr Johnny Cabell has confirmed that @THATSSHAWTYLO has been killed in a hit and run accident this am. Real O.G. R.I.P. #zone1forlife

Damn #ripshawtylo. We used to post up at the barbershop with Marlo, Fat Steve, Ken, Searcy and Bambino . Real west side street legend #TTLO

According to Lo’s Instagram page, he was at the Blue Flame Lounge (a strip club) late Tuesday night and had also recently attended his father’s funeral.

Shawty Lo was a founding member of ATL hip hop group D4L and he founded D4L records in 2003. Lo’s most famous single was “Dey Know,” which was released in 2008.

His debut album, Units in the City, was also released in 2008 and peaked at No. 13 on the Billboard 200 albums chart.

The rapper leaves to mourn 11 children and their 10 mothers.