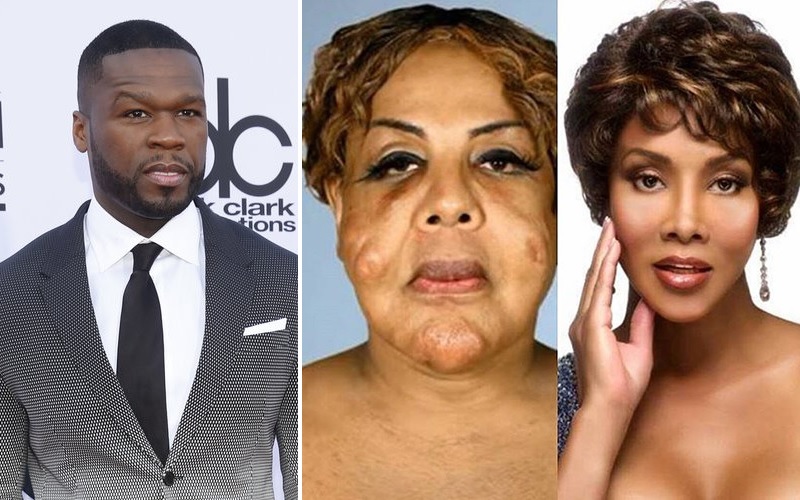 50 Cent is one petty dude. The rapper continues to take jabs at ex Vivica Fox and TV show rival Empire on his Instagram account.

50 and Vivica have been at odds and throwing light shade since their breakup way back in 2004. However, the animosity reached its peak when Vivica seemingly questioned the rapper’s sexual orientation during a 2015 appearance on Watch Happens Live! 50 has been in full-attack mode ever since.

For his latest petty move, the rapper compares Vivica to a woman that has suffered extremely botched plastic surgery. (It’s no secret the actress has gone under the knife over the years)

I don’t know why people would want to cross me. I would stay out of my way, if I wasn’t me because I’m gonna keep winning. I think they do it for attention, then they get more attention then they want. I told you POWER was the show to watch. ? Now Empire lol ? forget it. #EFFENVODKA

Media has often compared 50 Cent’s STARZ drama, Power, to the hit FOX show Empire. Vivica currently has a recurring role on the series as the older sister of Taraji P. Henson’s character. Henson peeped 50’s shade and decided to defend her TV sister.

Though she deleted the comment, The Shade Room has the receipts.

Please catch the Emmy shade Henson throws. 50 has long-maintained his show is better than Empire and was snubbed at the Emmys. Empire has earned 4 nominations since it premiered.

Vivica can certainly handle herself against Fiddy’s antics. However, I’m not sure the rapper is a match for the power duo of Vivica A. Fox Fox and Taraji P. Henson.