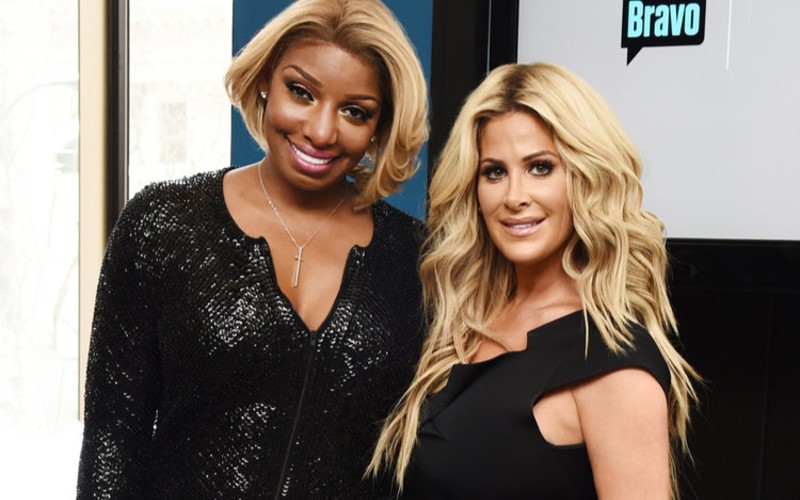 Get ready to have your wigs and Newports nearby. The Lucy and Ethel of reality TV might be making a comeback. Nene Leakes and Kim Zolciak are reportedly in talks to return for season 9 of The Real Housewives of Atlanta.

A source told OK! Magazine Leakes is negotiating a new contract to return to the Bravo show to help with the ratings. Although Leakes made a few appearances last season, ratings dipped when the most popular Housewife put down the official peach in 2015.

“NeNe is not dumb; She does exactly what needs to be done on RHOA. She is not afraid to fight with anyone and her take on every story is what the fans want. No one cares about the random ladies on the show. NeNe is the one they tune in to watch. So she will be back, earning the big bucks and laughing all the way to the bank.”

Though Leakes has yet to film in scenes for the upcoming season, Zolciak is reportedly getting back in the swing of things. She has filmed with current RHOA stars, including fellow original Atlanta Housewife Sheree Whitfield.

“Production has her filming scenes with Sheree and other cast members to see how she fits with the ladies,” the a source revealed to All About the Tea.

The source believes money may be the driving force behind Zolciak’s return. Her NFL husband, Kroy Biermann was released by the Atlanta Falcons and was most recently dropped by the Buffalo Bills, after joining the team barely 3 weeks prior.

“Kim has become the main breadwinner in the family since Kroy was released from the Atlanta Falcons. So Kim is pedaling her skincare line and looking for money-making opportunities. She has six kids and an extravagant lifestyle to support.”

Zolciak and Biermann will continue to shoot their spin-off series, Don’t be Tardy.

As a super fan of RHOA since season 1, episode one, I would love to see this pair back together once again. Their frenemy relationship is perfect for reality TV. The duo brings the laughs and the drama!

RT @KiNG_Vincent_: @NeNeLeakes so that means you're not coming back<I am NOT on season 9

RT @martinsoldlady: @NeNeLeakes no way u r gone<I wasn't asked 2 b a full time housewife or part time but they got Sheree & I think Kim Z

RT @NoahBrookz: @NeNeLeakes @martinsoldlady they didn't even ask you? But they ask Kenya? @Bravotv must be tipsy<Pretty much

No I will not be on RHOA this season was never asked to be so not sure where the rumors are coming from ?

I know who the REAL hater is! Hey boo??