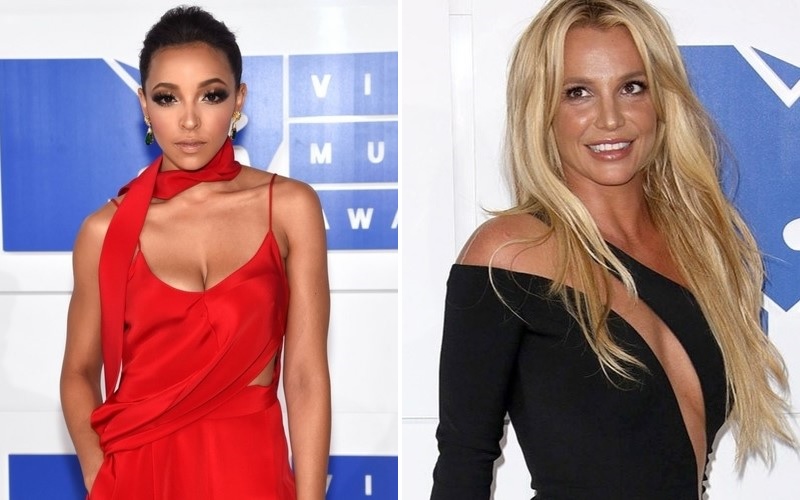 Some singers like to channel Julie Andrews and use the standard Do-Re-Mi scale to warm up their vocal chords. Tinashe, apparently prefers a different technique. While being interviewed on the VMA white carpet, the singer admitted she’s partial to a Britney Spears vocal.

“Usually, for me, it comes with singing a little bit of Britney Spears. That’s usually my go-to warm-up.”

Tinashe most likely jokingly said this because Spears’ highly-anticipated VMA comeback performance was something she was looking forward to seeing during the show. However, she did give us a rather impressive Britney impersonation.

Britney Spears is not necessarily known for giving us the greatest vocals, but she definitely does have an instantly recognizable voice. Tinashe actually captures it well and it’s always great to see the influence Spears has had on other performers. I’m sure she’s quite flattered by the 23-year-old’s impression.

Unfortunately, Tinashe did not take her talents to the VMA stage. However, she has recently been linked to DJ Calvin Harris, who took home 2 coveted Moonmen.

Maybe Harris, Tinashe, and Spears and could all collaborate together. The DJ constantly churns out hits and Britney Spears and Calvin Harris actually seems like a perfect match.