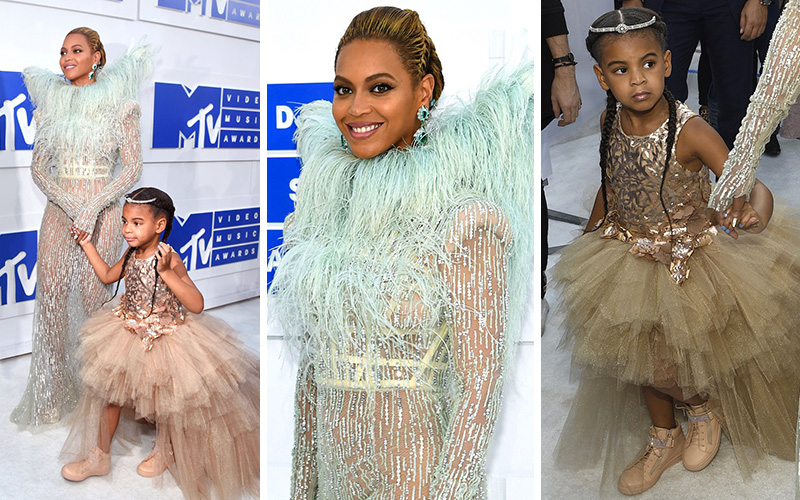 All eyes were on Beyoncé and Blue Ivy as they made their way down the red carpet of the 2016 MTV Video Music Awards just hours before the show kicked off at Madison Square Garden in New York City.

Rocking matching outfits, Beyoncé (wearing a sheer, all-white dress with “angel”-like wings) and her 4-year-old daughter Blu Ivy (dressed up like a princess in a pink dress with a trailing, ruffled tutu) basically stole the show before it even began. The adorable mother-daughter duo topped off their coordinating look with matching braids.

After posing for photos with Blue, Beyoncé ushered her little one into the Garden before coming back out to slay the VMA White Carpet one more time solo.

Thanks to the massive success of her sixth album, Lemonade, Beyoncé is nominated for 11 moonmen tonight (the most of any artist) and MTV also confirmed just hours ago that she will be performing.

Check out a bunch of photos of Beyoncé and Blue Ivy slaying the 2016 MTV VMAs red carpet below: