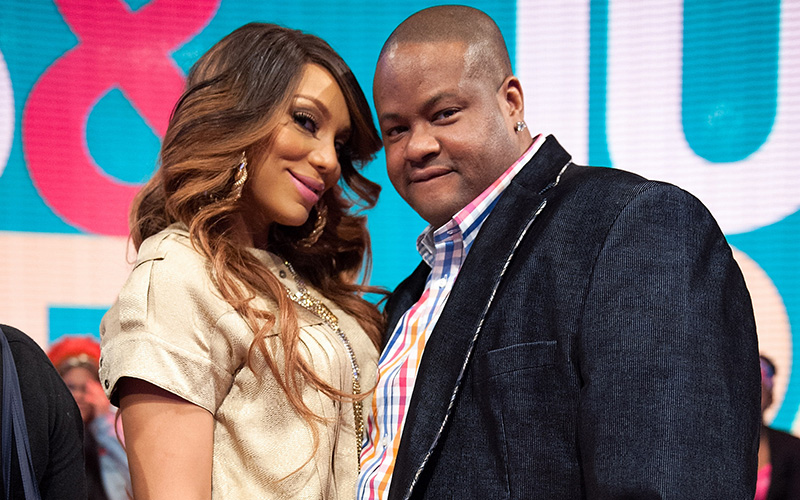 What the hell is going on with Tamar and Vince?

Tamar Braxton and her husband/manager Vincent Herbert allegedly got into a domestic dispute at the Ritz Carlton Buckhead in Atlanta last night, resulting in police being called and Tamar’s finger being injured badly after Vince bit her. WTF?!?

Tamar and Vince got into an extremely heated argument that turned physical. During the altercation, Vince actually bit Tamar on her hand so badly that he drew blood, and she ended up calling the police.

Witnesses say that Tamar’s finger was in extremely bad shape as she left the premises, and she very likely needed stitches to close up her wound.

However, Tamar refused EMS services when they were offered. Vince was apparently NOT arrested, as he fled the scene before police even arrived.

Bossip also alleges that Vince was gone by the time police arrived on the scene and this isn’t the couple’s first domestic incident.

Even more shocking…we hear this isn’t the first time that these two got physical. Sources say the couple routinely fist-fights and get into intense, physically violent altercations — something which everyone who works closely with the couple knows. They typically smooth things over and put on a good public face after each blowout…but apparently things got out of hand this time around, and police involvement was necessary.

Months back, the couple were rumored to be headed for divorce over Tamar cheating on Vince with a “high profiled man,” but the couple denied that was true.

Hopefully there’s more to this story. I know Vince be hungry, but damn you ain’t gotta bite your woman, man. Also not even trying to funny, but why am i laughing at the fact Vince left the Ritz Carlton before police got there? This fool ran off on the plug!