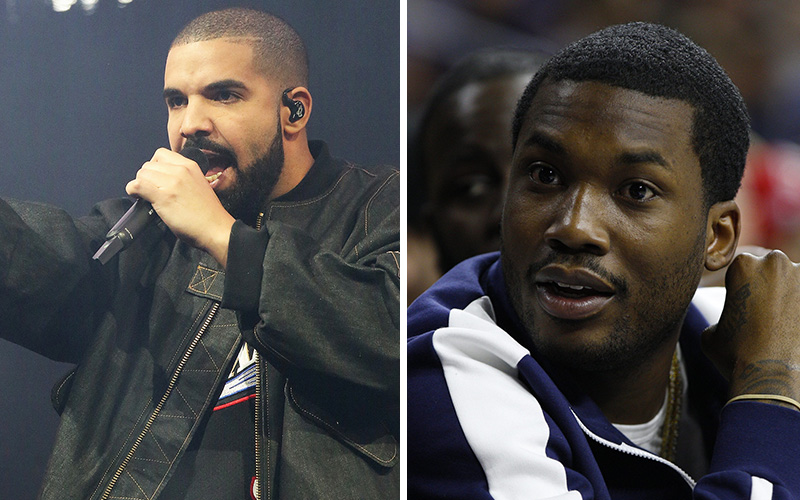 Drake is really out here looking for revenge ALL Summer Sixteen.

Just one day after calling Meek Mill a “p**sy” at his Summer Sixteen Tour concert in Washington, D.C., Drake upped the ante even more in Meek’s (alleged) hometown of Philadelphia by dissing him TWICE in one night.

The first shot (we’ll call it a “warning shot”) came while Drizzy was performing “Still Here,” a cut from Views From the 6. “You not really from Philly and they can tell, nigga!” Drake rapped, practically evicting the guy from his own damn city.

He never mentioned Nicki Minaj’s boyfriend by name, so the “you” in “You not really from Philly” could be anyone. But just in case you were wondering who he was talking about, the “6 God” rapper followed up that diss with another one, this time while performing “Back to Back.”

“I even did this shit in Philly, man, I never run,” Drake rapped before leaving his rap rival with the following message:

“Just remember… when you watch that video over and over tonight, it’s not about your city, I love your city. You did that shit to your motherfuckin’ self, boy.”

Drake and Meek Mill have been beefing since last July when he accused Drake of not writing his own rhymes, apparently as a response to Drake refusing to promote Meek’s new album at the time on Twitter.

It’s been more than a year and Meek Mill still hasn’t issued a proper response to Drake’s “Back to Back.” Meanwhile, folks on Twitter are calling Drake out for bullying the “poor boy.”

Drake is bullying Meek at this point. In his own city too

Drake should stop bullying son at this point

drake basically bullying meek at this point, like the shit not even cool

Its got to the point where taking Ls in august has become a yearly tradition for meek mill man. Drake need to stop bullying, nikki save Meek

I love me some Drake but I feel like he bullying Meek at this point lol like leave him alone. You done already embarrassed the poor boy

i'm a fan, but not of bullying…. drake gassed up.

Drake bullying Meek so bad, we forget it was Meek who started the issue.