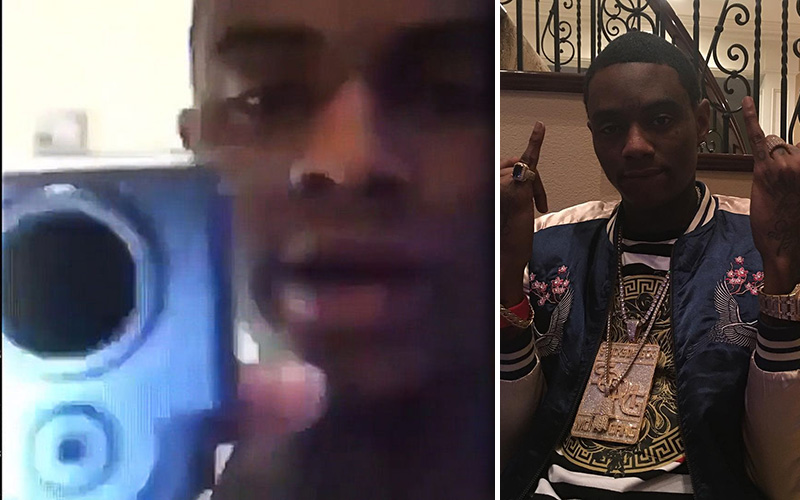 Soulja Boy is looking like a real a-s-s right now.

Earlier this week, the “Crank That” rapper posted a video to his Instagram (which is now deleted) threatening to kill a guy on social media he thought was his ex Nia Riley’s new boyfriend.

In the video, Soulja waves what appears to be a glock at the camera.

“Ay dude, f*ck you and f*ck Nia Riley. Stop playing with me before some shooters be outside your house lil n*gga, kill your bitch ass n*gga,” he says in the clip.

Turns out the guy Soulja is losing his shit all over is an Internet troll and has no connection to Nia Riley whatsoever.

Nia spoke with TMZ after Soulja made his video and revealed that she isn’t dating anyone. She says that the guy Soulja got confused and thought was her BF is just a random guy trying to make Soulja mad on social media.

Nia also doesn’t plan on reporting Soulja to the police.

Nia tells TMZ she’s NOT calling cops to report Soulja. She says she doesn’t have a BF, and the person he threatened is just an Internet troll trying to piss off the rapper.

A rep for Soulja Boy is claiming that the gun in the video was a fake, and he personally apologized to Nia. Too bad we aren’t buying that mess. Nia, don’t take him back girl!