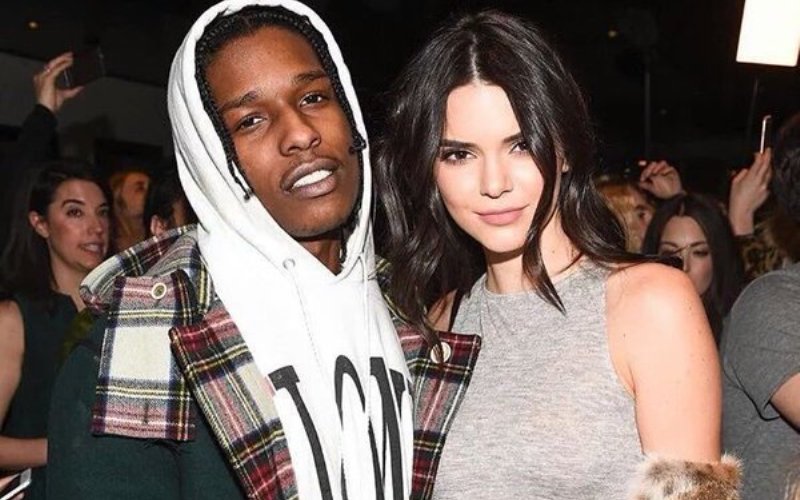 After months of speculation, I think it’s safe to say that Kendall Jenner and A$AP Rocky are dating. “It’s the real deal,” a source revealed to Us Weekly.

The model and rapper were first linked together way back in February when Rocky attended Jenner’s PacSun launch in New York. They have been spotted together sporadically since then. Most recently, Kendall invited A$AP to her sister Kylie Jenner’s 19th birthday party in LA. A week before that, the couple were seen on a date at the Blue Ribbon Brasserie in NYC.

Apparently the two have bonded over their common interest of fashion.  “They’re both major players [in the fashion industry],” a friend close to Kendall stated. “They have lots to talk about!”

I’m pretty sure that’s not enough to sustain a lasting relationship, but I guess if it works for them, who am I to judge?

Before finding their way to each other, the young celebs have been in several other high-profile relationships. A$AP Rocky has dated model Chanel Iman and Iggy Azalea, while Kendall has been paired with Harry Styles and was recently casually dating Jordan Clarkson.

Despite what the Us Weekly source claims, this relationship could be another “casual” situation. I’ll give it a couple of months before they both move on to somebody new.