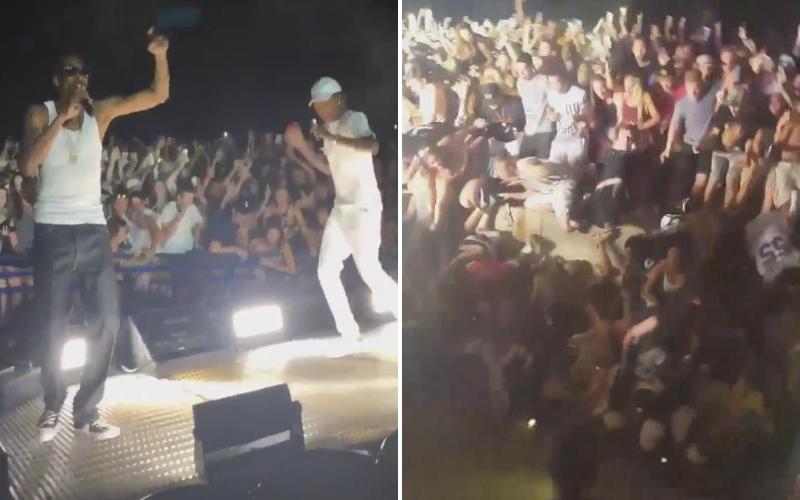 Approximately 42 fans were injured during a Snoop Dogg and Wiz Khalifa concert after a railing collapsed.

Snoop and Wiz were performing at BB&T Pavilion in Camden, New Jersey Friday evening. Halfway through their set, at around 10:30 pm, a 3-foot railing near the stage gave way, sending dozens of people falling to the concrete below.

Several videos of the incident have gone viral.

It’s being reported that upwards of 42 people were seen limping and suffered minor injuries. However, that number has been unconfirmed. A Camden Police spokesperson revealed five people were transported to the hospital for treatment; the seriousness of their injuries is unknown as of the writing of this post.

The railing separated fans from a sloping area that leads to a concrete walkway. It seems the collapse was due to support poles separating from a support wall. The outdoor venue was built in 1995 and has been relatively unchanged.

Security escorted Snoop and Wiz off the stage immdiately after incident, and the concert was stopped. Although an announcer said the show would go on, it was ultimately cancelled. The venue’s management, Live Nation, has not commented on the matter.