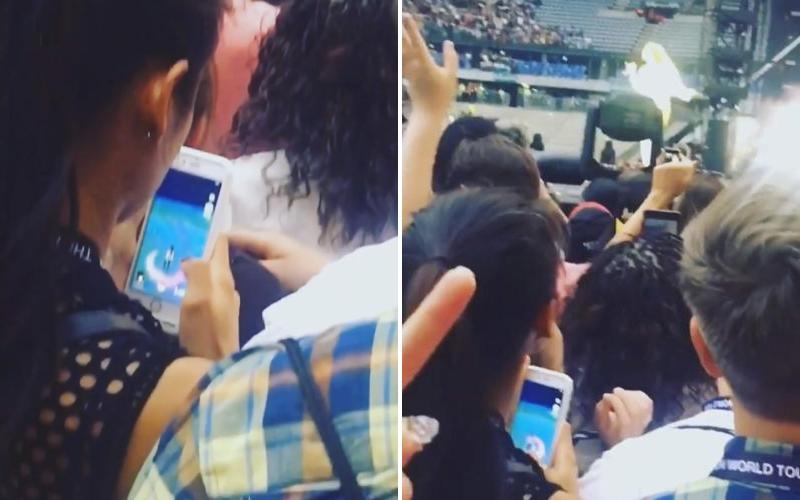 How insane do you have to be to completely ignore Queen Bey just to catch a digital Pokèmon?While standing just mere feet away from Beyonce as she performed, a concertgoer (I refuse to call her a fan)

While standing just mere feet away from Beyonce as she performed, a concertgoer (I refuse to call her a fan) chose to play “Pokèmon Go” instead of watching Beyoncé in all her greatness.

Although it’s hard to tell, I really hope she heard the devoted member of the BeyHive calling her out. I mean, how rude and disrespectful can you be?

She’s standing in the BeyHive pit right next to stage (basically INSIDE the dayum stage). Those are $800+ tickets. Some fans only wish they could experience The Formation World Tour on such a VIP level and this ungrateful, entitled girl acts as if it’s no big deal. Even I feel like Beyonce blessed me as she came closer to the audience in the Instagram clip.

I didn’t understand Pokèmon in 1999 and I don’t understand it now. Though, I do love the original theme song — maybe the girl would have been more interested if Beyonce added that to her set list. In any case, there is absolutely no reason anyone should be playing “Pokèmon Go” while attending a Beyonce concert. I’m just so confused.