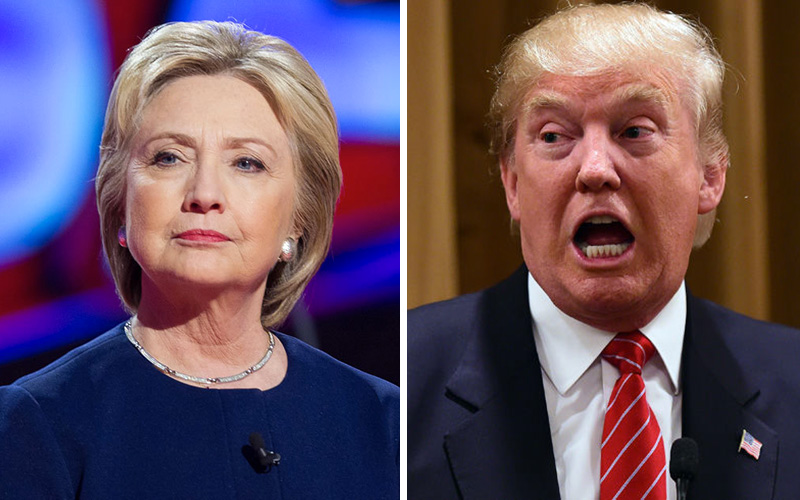 Today, our political scene, and country as a whole, is more divided than ever in recent history. This is perfectly reflected in the two political candidates we’ve been offered up: Hillary Clinton and Donald Trump. Two candidates, as different as can be, and on complete opposite ends of the political spectrum.

It seems like the two disagree on just about every single issue our country faces, forcing the population to pick a side and view the world in that particular light. Whether it’s immigration, gun violence, or the economy, the complicated problems we face have been boiled down to simplified sound bites and campaign slogans.

In essence, we’ve completed a Rubik’s cube and are viewing life that way, which isn’t a good thing. Let me explain.

This a Rubik’s Cube: Now, imagine this cube represents an issue, whether it be gun violence, the economy, or immigration, and each color represents a smaller part of the bigger issue. As you can see, all the colors are jumbled up, and rightfully so, as each issue is an interconnected conglomeration of related factors.

With gun violence, we have mental illness, slack gun control laws, violence in media, an adamant clinging to the second amendment, etc. All of these factors play a part in the greater issue of gun violence in America. And the same could be said for any issue.

These issues should remain an incomplete Rubik’s cube, as each factor is important, and each should be considered when coming to a solution, however hard it may be. But that’s not what our politicians are doing today.

Instead, what we find is this: Our political parties have completed the Rubik’s cube so they only have to look at one completed side, or one part of the bigger issue. Republicans say we can’t infringe on gun rights, we need to lower taxes, and we should protect our borders. Democrats counter with more stringent gun laws, expanding financial benefits, and opening our country to immigrants.

Both sides argue that if we follow their simplified strategies, all of our problems will be solved.

Now, neither side is inherently wrong, but the problem is neither side is right either. You see, both sides are simply looking at one side of the completed cube, ignoring the multiple other facets of each issue that are plaguing our nation.

By simplifying these issues into a singular focus, such as making it harder to buy guns or locking down our borders, both sides are ignoring the multiple factors that go into these greater problems, and as such, are diminishing our ability to come up with a proper solution.

Solving the issue of gun violence is not as easy as making it harder to buy guns, nor is ensuring our immigration policies are fair to us and people who want to join our country as simple as locking down our borders and deporting all illegals. Both require a more in-depth examination of the multiple variables at play to come up with a proper solution.

And that’s not easy to do. It’s hard to look at a complicated problem, full of multiple moving parts, and finding something that incorporates all of them to find a proper answer that will fix it. It requires critical thinking, deep introspection, and an explanation that can’t be boiled down to a 5-second clip on CNN. And in today’s political environment, that’s a death sentence.

It’s easier to point to one aspect of an issue and claim that changing that will solve everything else. It rallies certain aspects of the population, and if you get enough of those, you win the office. But that doesn’t necessarily benefit the people as a whole.

Instead, we should be asking more of our elected officials. We should be asking them to look at every side of the argument, to consider every aspect, and use their time, intelligence, and our tax-payer money to find a solution that actually works as opposed to one that gets them re-elected.

Until we acknowledge that the problems we face are intricate and require deep thought and hard answers, we will continue to be plagued by them. As long as we simplify these issues into a singular solution that only addresses one aspect of the greater problem, we will continue to face the struggles that we’ve been confronting for years now.

So I ask Trump, Clinton, and more importantly you, to take a step back, look at the bigger picture, and realize that, while it may not be easy, we can, and should, do better, for us and for the future of our livelihood.